What’s better than sitting at your home in an air conditioned room, staring at your flat screen as the cricket-spirit rushes through your veins?

What’s better is experiencing the entire gripping, galvanizing, adrenaline pumping series of events first hand. And this is exactly what went down on the 3rd of April’2018, when my 6 year-old son and I went to the National Stadium Karachi, to serve as the audience for the last match of the Pak vs. WI series, for the first time.

The series marked a major return of cricket to Pakistan- which was not just important for the country’s global image, but, it was vital for the cricket-breathing souls that reside in Pakistan.

We have to give due credit for this remarkable achievement to Mr. Najam Sethi and his PCB management, as neither this, nor the HBL PSL tournaments would have been possible without all the hard work that they put into bringing cricket back to our own stadiums.

I stand as an eye-witness to challenge the opinions of those who claim that security is not something Pakistanis can manage. Because even miles away from the stadium, the security was rigid and prioritized. The safety measures were taken in, first hand, by our law enforcement agencies and armed forces. They stood at every step, guiding the locals who had come to watch the match. There were numbered security checks and everything went smoothly, and no chaos was witnessed. 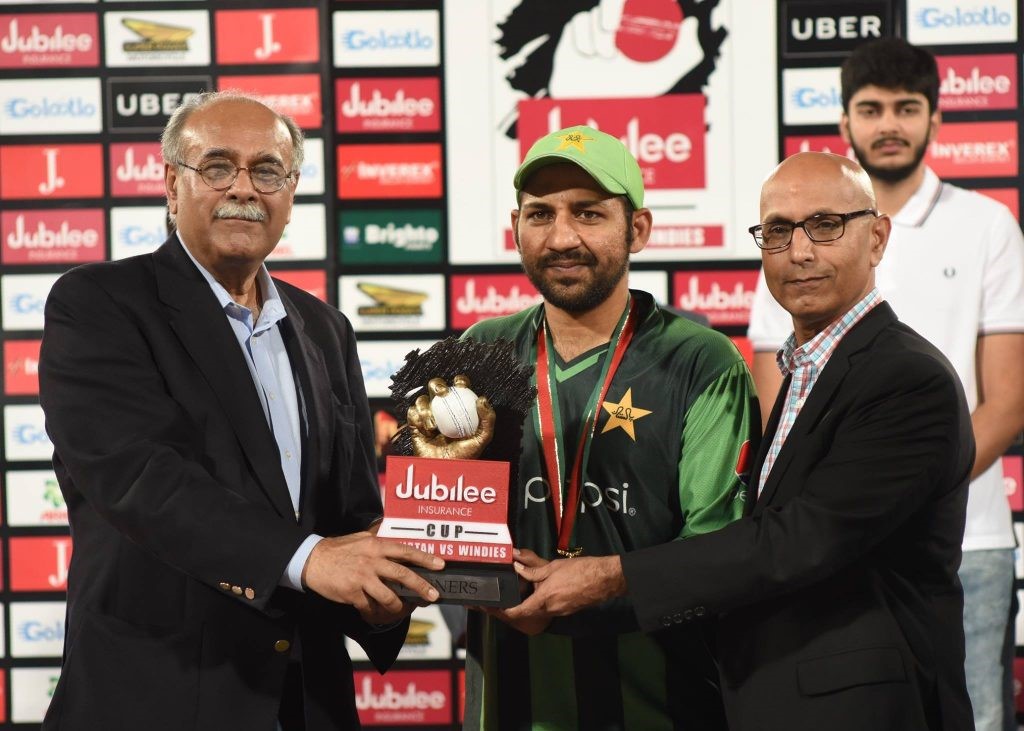 The event had not even begun when it became straight up remarkable; as the National Anthem blasted on the speakers and the audience started singing along, some technical difficulties caused disruptions in the system and the National Anthem stopped playing. But such is the spirit of the Karachiites, let alone, the Pakistanis, that no technical malfunctions stopped them and the glorious Anthem continued. Gloriously.

The spirit of the crowd was commendable. Never had I ever witnessed such positive energy at one place. Even with the 154-runs target over the Pakistanis, the crowd never had a dull moment. Even my son and I, we became part of the spirited crowd, cheering at the top of our lungs, out of pure joy, with every ball that was thrown, and every bat that was swung.

The weather may have been a little challenging, with the rising heat. But that was not a problem as along with the rest of the arrangements, there was water available at several points in the stadium.

The match ended with Pakistan winning the match with 8 wickets, and the series at 3-0 (a clean sweep, ladies and gentlemen.). Babar Azam was crowned Man of the Series and boy, was the audience excited about it.

The series, indeed, was an undoubted success, marking how such practices need to be continued, and with time-they need to grow grander. The series symbolizes that Pakistanis deserve to host cricket matches for that is their passion and Pakistanis protect what they are passionate about.