Keeping in view the existing format which includes eight departmental and eight regional teams in the First-class set-up we have proposed meritocracy in selection through a player selection process since there were complaints that the regional teams were weak and hardly competed with the stronger departmental sides.

Grade two players who are playing for departments or regions can be shortlisted by national selectors and each region’s own selection committee can chose 12 players from the pool announced by selectors while eight players belonging to the region can be chosen based on the performances in the Inter-District tournaments.

This system will enable a total of 320 top-ranked players to compete at the first class level. 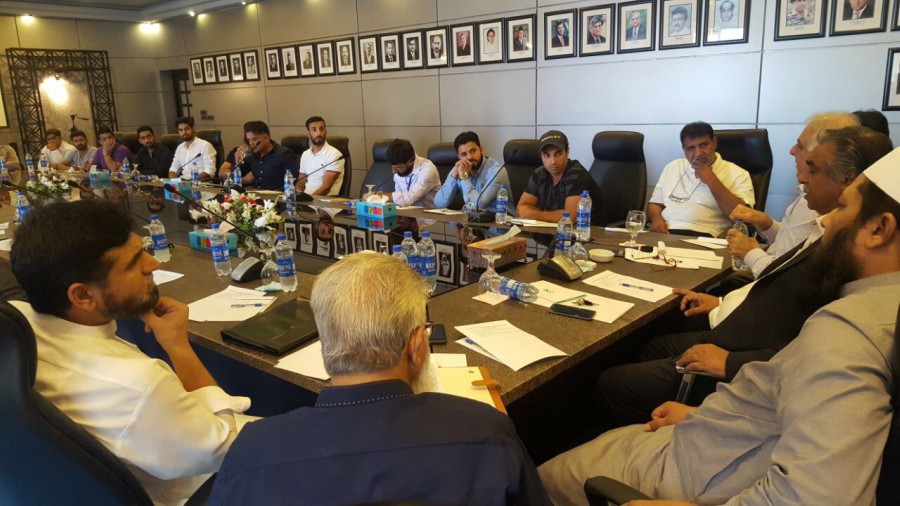 The idea is to give the pool of 20 players in each team a one-year contract that will enable the PCB to work closely with them, monitor their progress while the coaching staff can also work on improving their game and fitness throughout the year.

This example is followed by leading teams as well as our own departmental sides. This way we can produce a strong second string that can replace the national players in a state of readiness.

From now on we have proposed induction of U-19 players in the First-class system which wasn’t the case until last domestic season. We want to concentrate on the development of young players and we might even set a quota for U19 players in each team to ensure that the youngsters rub shoulders with the experienced lot which will help in developing their game.

We have earmarked 12 venues across the country where we will uplift facilities including the state of the pitches besides the dressing rooms. During our survey we figured out that the most of the pitches had lost their sting due to a lack of compaction.

The pitches had turned docile since the surfaces had extra clay content which makes the track lose bounce and bite especially the Karachi and Lahore pitches where the clay content was 14 and 11 inches respectively, while the required clay content on the top of the pitch is around 6-7 inches. We want to ensure that we have standardized pitches across the 12 venues.

Similarly, there have been concerns about the balls used in domestic cricket and how they were making the bats break, for this season we have proposed duke balls that can also help us prepare for upcoming Test matches especially the tour of England.

U-19 Tournament for Regional Players

We will pick 75 U-19 players from all across the country based on their performances at the junior level; the idea is to produce some young and exciting talent for the shortest format which can eventually graduate to serve the national team at the international level as well as the Pakistan Super League (PSL).

We are looking at giving out yearlong contracts to the players which will improve their financial situation while we will also keep an account of their fitness, the players would need to work hard on their game and fitness to ensure that they retain the contracts.

The players will get a salary in the range of Rs 100-125,000 which should be enough for the player to sustain his expenses while concentrating on the game.

Disclaimer: The views and opinions expressed in blogs are those of the authors and do not necessarily reflect the official policy or position of the Pakistan Cricket Board (PCB)
Tag Domestic | Cricket