After a successful inaugural season of Pakistan Super League (PSL) in the United Arab Emirates earlier this year, the country gears up to host the global stars in its heart. Last week during the player draft for the second edition of the five-team tournament on October 19, PSL Chairman Najam Sethi stole the limelight when he announced to hold the final match in Lahore.

With all the fanfare and Pakistan’s close-margin victory against the West Indies in its first-ever day-night contest in the backdrop, the six-hour-long PSL player draft in Dubai kept frenzies glued to their television sets. The anticipation had begun weeks ago when the franchises swapped players. The set-up provided the owners with an opportunity to get their permutations and combinations right. 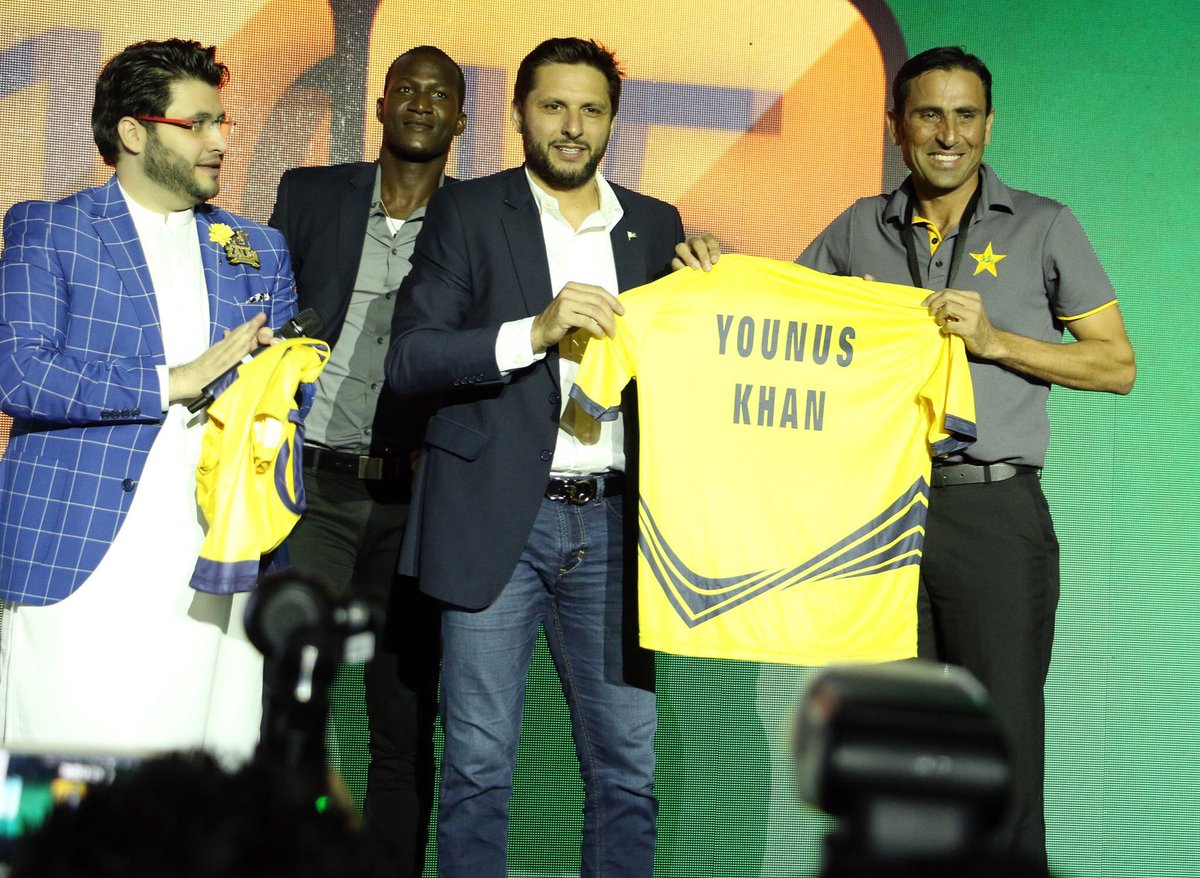 Peshawar Zalmi’s heartwarming move to take Pakistan’s most prolific Test batsman Younus Khan as a batting mentor on board coupled with Shahid Afridi handing over captaincy to Darren Sammy won millions of hearts.

Lahore Qalandars and Karachi Kings made the headlines as the former traded Twenty20 specialist all-rounder Sohail Tanvir in exchange of hard-hitting left-handed batsman Chris Gayle from the latter.

Few eyebrows were raised when the champion unit, Islamabad United, released Babar Azam — weeks after he had made it to record books with his record 360 runs in the three-match One-Day International series against the West Indies on the back of three consecutive centuries. However, Karachi were quick to grab the player and boasted his association with the franchise throughout the draft by having him in their box.

Lahore, who had a forgettable run in the first edition of PSL, snapped Brendon McCullum. The Kiwi batsman celebrated for his daredevil 360-degree batting replaced Azhar Ali as the skipper, which was not the only captainship change in the draft.

Since Mr. Sethi’s delightful revelation, cricket-fanatics are already making plans to converge in the cultural capital of Pakistan.

Peshawar Zalmi’s heartwarming move to take Pakistan’s most prolific Test batsman Younus Khan as a batting mentor on board coupled with Shahid Afridi handing over captaincy to Darren Sammy won millions of hearts.

Kumar Sangakkara, who donned Quetta Gladiators’ colours during PSL-I, will captain Karachi in the second edition. Hence, Islamabad and Quetta are the only teams to be captained by the Pakistani cricketers — Misbah-ul-Haq and Sarfraz Ahmed.

More and more international stars joined the PSL family with Alex Hales, who canned 171 out of 122 balls in England’s world-record 444 against Pakistan earlier in the summer, and Eoin Morgan joined Peshawar along with Afghanistan’s exciting wicketkeeper-batsman Mohammad Shahzad.

The schedule for the second edition which is to be played during February and March next year is yet to be released, but it has gotten the cricket followers all charged up. Since Mr. Sethi’s delightful revelation, cricket-fanatics are already making plans to converge in the cultural capital of Pakistan.

Arguably the greatest left-arm fast-bowler to have played the enduring game, Wasim Akram had termed the league as the best thing to have happened to country’s cricket at the time of its launch. With the PSL now becoming a gateway for international stars to the picturesque Qaddafi Stadium, one simply cannot counter his claim.

Ahsan Iftikhar Nagi is a journalist and a freelance cricket writer who previously worked as an Assistant Multimedia Producer at Dawn.com.

Disclaimer: The views and opinions expressed in blogs are those of the authors and do not necessarily reflect the official policy or position of the Pakistan Cricket Board (PCB)
Tag PSL | Players Draft | 2016