Karachi, 24 October 2020: After an action-packed National T20 Cup in Multan and Rawalpindi, the focus shifts to Karachi as Pakistan’s largest city gears up to host the first-class Quaid-e-Azam Trophy, a jewel in the crown of Pakistan cricket, from 25 October.

The first three rounds will be played across three venues – National Stadium, NBP Sports Complex and UBL Sports Complex – before the tournament takes an 11-day break during which the play-offs of the HBL Pakistan Super League 2020, which had to be postponed due to an outbreak of Covid-19 in the country, will be staged. Besides the three venues, State Bank Stadium will also host six matches of the 31-match tournament.

The six team captains were taken to a photo-shoot with the prestigious tournament trophy at the Quaid-e-Azam Mausoleum (Mazar-e-Quaid) on Friday. The players travelled in a sterilised bus and maintained social distancing at the location while fully following the existing Covid-19 SOPs and protocols during the shoot.

With the Pakistan’s men’s national team and Pakistan Shaheens scheduled to travel to New Zealand on 23 November, the first three rounds serve as an audition for the first-class cricketers to stake a claim in the red-ball side on the back of impressive performances.

In line with the PCB’s vision of incentivising top-performers, more than PKR17million are up for grabs over the course of the 31-match tournament with the winning prize money PKR10million and the runner-up bagging PKR5million.

The top-performers – player of the tournament, best batsman, best bowler and best wicketkeeper – will pocket PKR500,000 each. The player of the final will be awarded PKR50,000.

Defending champions Central Punjab will begin their campaign from the National Stadium, Karachi, as they take on hosts Sindh in a match which will be televised live on PTV Sports and relayed all over the world by the Pakistan Cricket Board’s official YouTube channel.

The PCB as part of its commitment to promote domestic cricket, will broadcast and stream all 11 matches, including the five-day final, from the National Stadium.

With Babar Azam leading Pakistan in the three ICC Men’s Cricket World Cup Super League matches and as many T20Is, Azhar Ali will take charge of the defending champions Central Punjab side, which includes seasoned wicketkeeper-batsman Kamran Akmal, who finished as the second highest run-getter in the last edition of the first-class Quaid-e-Azam Trophy with 906 runs at 60.40.

Azhar will also have services of Test off-spinner Bilal Asif, who with 43 wickets from nine matches finished as the second highest wicket-taker in the 2019-20 edition. The side is further strengthened by the returns of Ahmed Shehzad, who captained Central Punjab last year with Babar on national duty, and pacer Hasan Ali.

After Salman Butt withdrew himself from the Quaid-e-Azam Trophy, Ali Zaryab has been promoted to Central Punjab’s first XI team.

Central Punjab captain Azhar Ali: “As defending champions we aim to play with attacking mindset and strategy as it won us the trophy last year. We have some exciting youngsters and have retained the core of the side and I am really looking forward to the tournament.

“With only six teams in the fray, the competition is going to be stiff and that augurs well for the tournament as the standard will be of the highest quality with all the teams capable of winning the event.”

Sarfaraz Ahmed, the former Pakistan Test captain, will be eager to ensure that his team lives up to its potential as they were one of the two teams, other being Balochistan, who failed to register a win last season. They will be banking on Fawad Alam, who was Sindh’s best batsman last year with 781 runs (four centuries and two half-centuries) to provide stability to their batting order which also boasts Test batsman Asad Shafiq and impressive youngsters like Saud Shakeel and Omair Bin Yousaf.

Tabish Khan will spearhead Sindh’s bowling attack in which Mohammad Asghar will lead the spin department.

The left-arm orthodox had the fourth most wickets with 27 scalps in eight matches for Balochistan last year. Tabish took 25 wickets in the previous season, his new-ball partner Sohail Khan is not available for the opening clash due to a throat infection but is expected to join the team in the later rounds.

Sindh captain Sarfaraz Ahmed: “Last year we were not able to win any matches despite coming close and dominating the matches most of the days. This year we have once again fielded an experienced squad with some exciting youngsters.

“Our aim would be to push for wins and keep ourselves in the contention of a final spot. I think we should have an exciting event which should keep the fans and followers engaged.”

Northern, under the leadership of Nauman Ali, won three matches – all secured in their last four matches – to secure a berth in the final. Over the course of their 11-match journey, Haider Ali, who later went on to become member of the men’s national team, scored 99 on debut and followed it up with two centuries, the last one of them in the final against Central Punjab.

Despite Haider and their other young gun Rohail Nazir with the national side for the Zimbabwe series, Northern possess the desired firepower in their ranks with Zeeshan Malik, who has been handed vice-captaincy for the 2020-21 season, all-rounders Nasir Nawaz and Hammad Azam providing balance to the side which also includes batsmen Umar Amin, Faizan Riaz and Naved Malik. Their captain, Nauman, who was the highest wicket-taker last season with 54 scalps in 10 matches, leads a bowling unit comprising Sadaf Hussain, Waqas Ahmed and Tauseeq Shah.

Northern captain Nauman Ali: “We played aggressive cricket last season and made a great comeback after a slow start to earn a place in the final.

“This year too we have an exciting squad that is a good blend of youth and experience. We will be aiming to play the same result-oriented cricket with a positive approach. I am confident of my team delivering the goods and playing the tournament final. I do think that we can lift the trophy, this is an exciting time for our side in a hugely competitive tournament that will surely bring out the best from players of all six teams.”

Southern Punjab, led by Test batsman Shan Masood, will be hoping for change of fortunes after they finished without a victory in the last season. Their head coach, Abdur Rehman, has gathered a promising side, which promises to provide Shan a balanced team with equally effective batting and bowling units.

While Mohammad Irfan, slow-left arm, will spearhead the spin unit, which has talented youngster Umar Khan and leg-spinner Zahid Mahmood.

Umar Siddiq and wicketkeeper Zeeshan Malik are expected to provide stability to their batting order with Shan, while all-rounders Aamer Yamin and Hussain Talat will extend support to both departments with their all-round skills

Southern Punjab captain Shan Masood: “The double-league nature of the tournament means that each of the six sides have an opportunity of making a comeback. Southern Punjab have an exciting outfit and we would be aiming to play the final.

“Last season we had a good run and were in the contention for a final spot for a long time. There are six quality sides and the format of the tournament encourages quality and competitive cricket. We are looking forward to doing well and going all the way.”

Khyber Pakhtunkhwa and Balochistan begin their Quaid-e-Azam Trophy campaign at the UBL Sports Complex. Balochistan, who finished at the bottom, will be led by Test leg-spinner Yasir Shah. Imran Butt, the highest run-getter of the last Quaid-e-Azam Trophy, is joined by left-handed top-order batsman Sami Aslam, who was the fourth highest run-getter with 864 runs, he represented Southern Punjab last season.

17-year-old Quetta-born Abdul Wahid Bangalzai, who graduated to the apex domestic level after impressing in the Second XI National T20 Cup, and Adnan Akmal are the other two promising additions in the batting department.

Right-arm quicks Najeebullah Achakzai, Akhtar Shah, a former Pakistan U19 bowler, and Taj Wali form the core of the pace-bowling department after an injury to Akif Javed ruled him out from the tournament.

Balochistan captain Yasir Shah: “Balochistan will enter the tournament with a positive mindset and approach. We have some exciting talent from the region like Abdul Wahid Bangalzai, who has done well in the Second XI and has now earned a deserved opportunity in our First XI.

“Last season our bowlers did well and I am impressed with the form of bowlers like Taj Wali. We would strive hard for success while keeping an eye on developing quality players both for the region and Pakistan.”

Fresh from the National T20 Cup win, Khyber Pakhtunkhwa will be looking to carry that form albeit in the absence of their star performers, who will be in Lahore at the national team’s camp for the Zimbabwe series. Ashfaq Ahmed, their highest run-getter in the last season, has been appointed captain by head coach Abdul Razzaq.

“My aim would be to lead the team from the front and deliver both as a player and captain. I think we can progress to the final even last year we had come close to reaching the final and this season our focus would be on earning a spot in the final. I am very excited about this opportunity; we should see some exciting cricket in Karachi over the course of the next two months.” 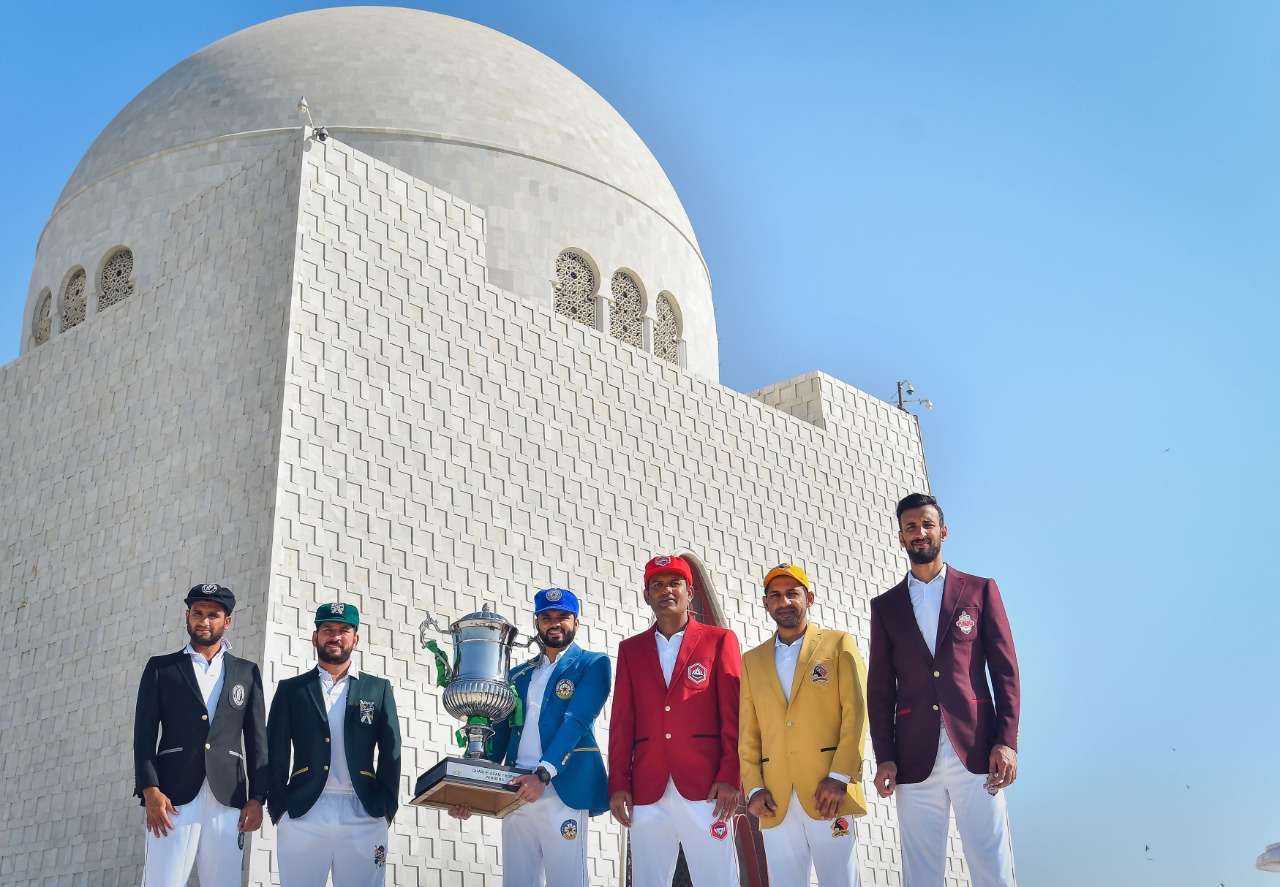