Shaheen Shah Afridi is only 19 so he will have bad days and super days, against New Zealand it was definitely the latter.

Shaheen Shah Afridi is only 19 so he will have bad days and super days, against New Zealand it was definitely the latter.

Babar Azam was Player of the Match, and deservedly so for what was an exceptional innings, but Shaheen bowled brilliantly.

He got his lines right, he was disciplined, he swung the ball and he picked up wickets. That was what set the game up for Pakistan and was great to see.

He is still learning the art so he will make mistakes and Pakistan have to be prepared for that. So far he’s only really played T20 and a few Tests and in the game against Australia I thought he looked a little lost. He wasn’t sure what line or length to bowl. Then against South Africa he got a wicket and seemed to gain some confidence.

The more he plays, the better he will be because of his age, so I’m hopeful that he will deliver in the coming games. 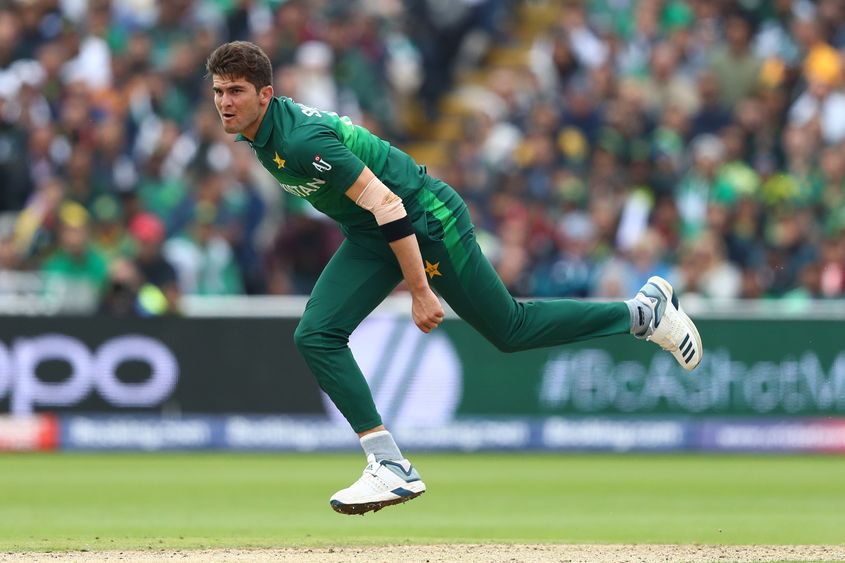 Shaheen Shah Afridi of Pakistan during the Group Stage match of the ICC Cricket World Cup 2019 between New Zealand and Pakistan at Edgbaston on June 26, 2019 in Birmingham, England.

The only reason Shaheen didn’t get Player of the Match against New Zealand was because of Babar, who was fantastic.

It was a great innings in difficult conditions, but even more so because it came when Pakistan really needed it.

I also need to give credit to Haris Sohail, who has come into the team and scored consecutive fifties to get Pakistan back into the tournament.

They seemed to start this ICC Men’s Cricket World Cup unsure of what their best combinations were.

Shadab Khan coming back into the team seems to have helped them strike a balance and then Haris’ form has pushed them over the top.

The momentum seems to have shifted with these two wins, as well as England losing to Australia.

That result gave Pakistan some hope. They knew that if they beat New Zealand they could increase the pressure on England and give themselves a real chance of making the semi-finals.

The danger is now that complacency starts to creep in. After beating South Africa and then unbeaten New Zealand, it would be easy to get carried away. They cannot allow that to happen, they need to focus on the next game against Afghanistan and make sure they win.

They also cannot worry about other results. If Pakistan beat Afghanistan and Bangladesh, they will have done their job, hopefully it will be enough to reach the semi-finals.

It is becoming impossible to ignore the parallels with 1992. The similarities are freaky and even though the players won’t have been thinking about it, there is no way they can put it out of their minds altogether.

It’s moving in the direction that they might qualify and if it does, that would be something very special if they could win the World Cup. But of course, the players can’t focus on that at all.

That 1992 World Cup was an emotional time for me, being part of the team initially and then breaking my back just before the tournament and having to leave the team to go back home. It was heartbreaking, especially when we won. I was over the moon though and I still remember every second when the team came back from Australia, it was wonderful. I’m hoping and praying that something similar happens again.