Lahore, May 15 2019: Wicketkeeper batsman Haseebullah scored a stroke filled 129 off 141 balls to guide Pakistan U16 to a 29-run win in the third and final 50-over match against Bangladesh U16 played at the Sheikh Abu Naser Stadium in Khulna on Wednesday.

Bangladesh won the series 2-1, courtesy their wins in the first two matches by 89 and 17 runs respectively.

In the third and final match of the series, Bangladesh won the toss and opted to bowl first. Haseebullah laid the foundations of Pakistan’s victory with a 143-run opening wicket partnership with Sameer Saqib (64 off 84 balls, seven fours). Haseebullah’s innings included four sixes and 11 fours. 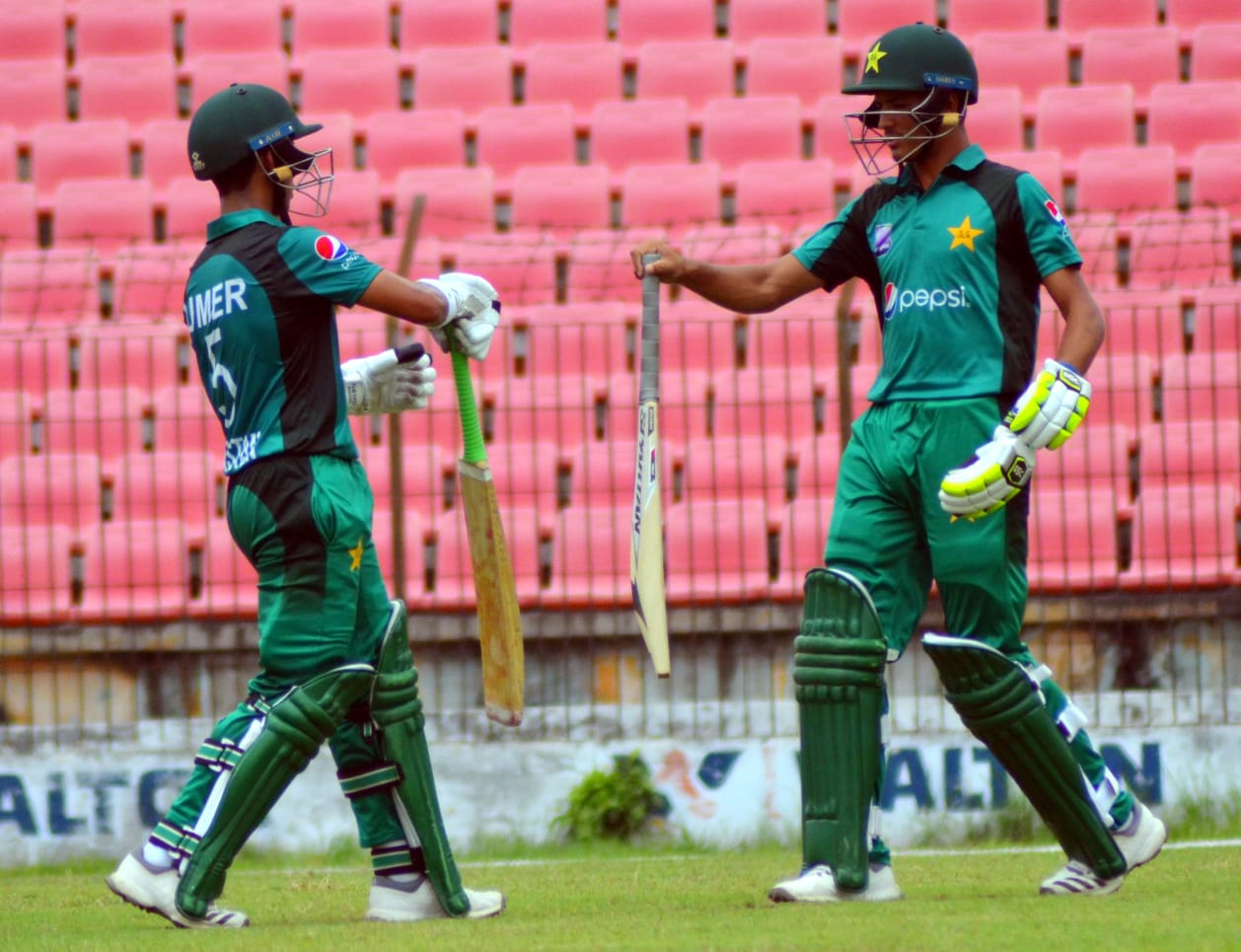 Haseebullah fell in the 45th over of the Pakistan innings, he added 46 for the second wicket with Muhammad Waqas (23) and 35 for the third wicket with captain Umer Eman (eight). The visitors ended their 50 overs at 279 for the loss of eight wickets.

In reply, Bangladesh U16 were bowled out for 250 in 47.5 overs. Sakib Shahriar top-scored with 60 off 82 balls, his innings included six fours and one six. Mahfuzur Rahman scored 46 off 34 balls.

Player of the match: Haseebullah 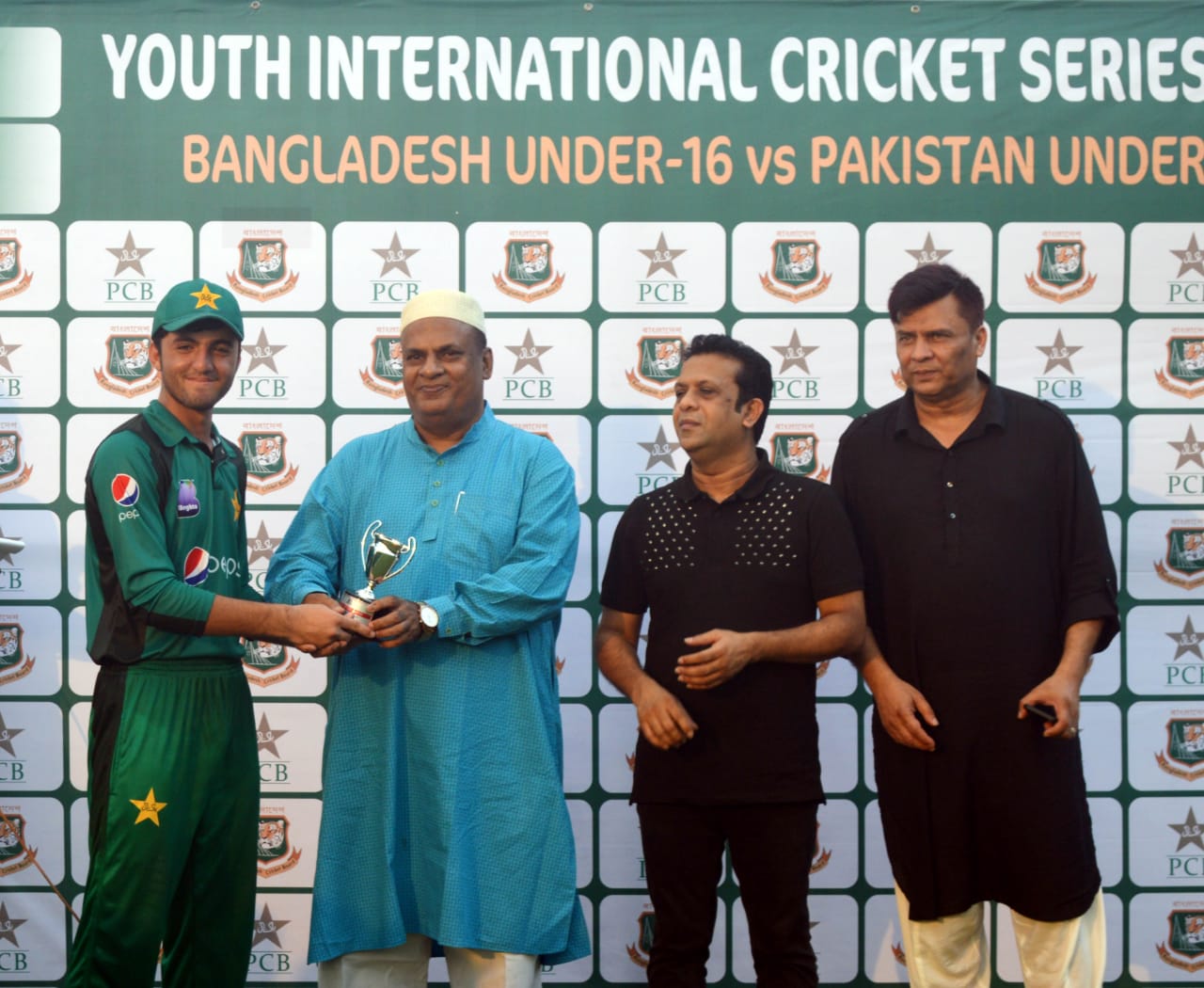