Lee, who was later adjudged, player of the match returned undefeated on 75 off 48 balls with 11 fours and two sixes, while Klerk scored an unbeaten 37 off 31 balls and struck six fours.

The pair added 100 runs for the second wicket as the hosts comfortably achieved the 126-run target in 15.1 overs with nine wickets remaining.

Earlier, after being sent into bat, Pakistan women reached 125 for five in 20 overs. Nida Dar scored a 17-ball 28 with a four and two sixes. Aliya Riaz 26 not out and Bismah Maroof (23) provided valuable support.

Nida Dar was later declared, player of the series for her all-round performance in the series. She scored a tally of 192 runs and captured five wickets in the series. 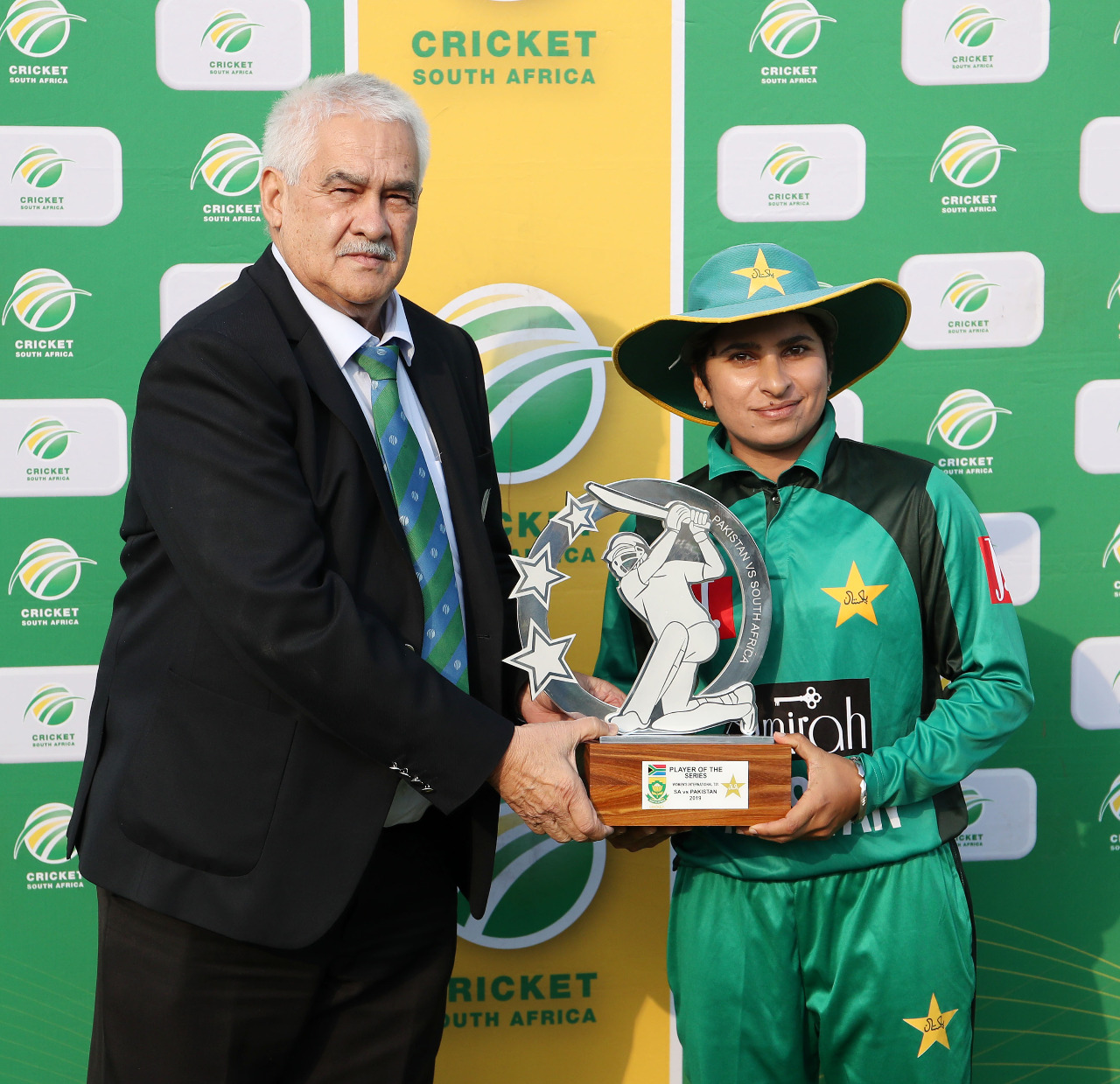