Lahore, 25 June 2019: Mohammad Haris and captain Rohail Nazir stroked half-centuries as Pakistan U19 defeated South Africa U19 by four wickets in the second 50-over match to take a 2-0 lead at Pietermaritzburg Oval in Pietermaritzburg on Tuesday.

Mohammad returned undefeated on 6o, while Rohail continued his rich run of form by scoring 67, as Pakistan U19 achieved the 216-run target for the loss of six wickets inside 40 overs.

Rohail’s 81-ball innings sparkled ten fours and a six, while Mohammad, struck nine fours in an unbeaten 60 off 53 balls, both added 73 runs for the fifth wicket.

Irfan Niazi 32-ball 33 not out laced with two fours and a six was other notable contributor in the run-chase. Irfan and Mohammad added unbeaten 61-run partnership for the seventh wicket.

Earlier, Naseem Shah and Akhtar Shah took three wickets apiece conceding 30 and 42 runs, respectively as South Africa were bowled out for 215 in 44 overs after being put into bat. 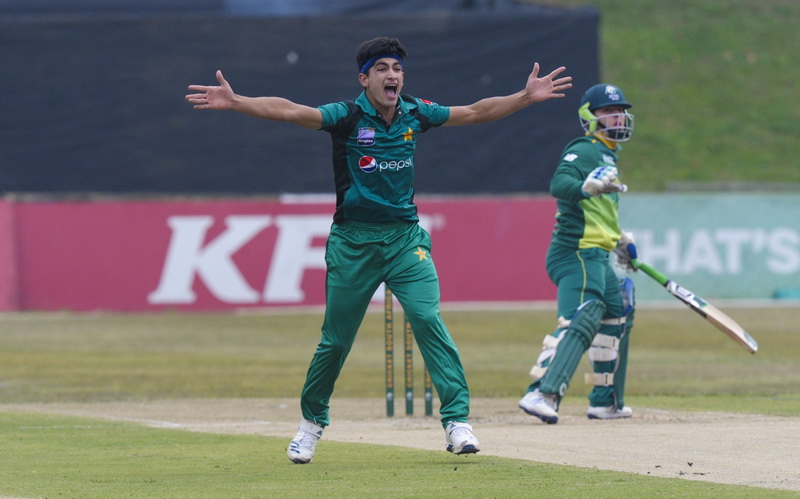 For the home side, opener Andrew Louw top-scored with 114-ball 91 which included 13 fours and a six.

Earlier, the match was reduced to 47 overs due to wet out-field.

The third match of the series will be played on 27 June at the same venue.

Player of the match: Mohammad Haris 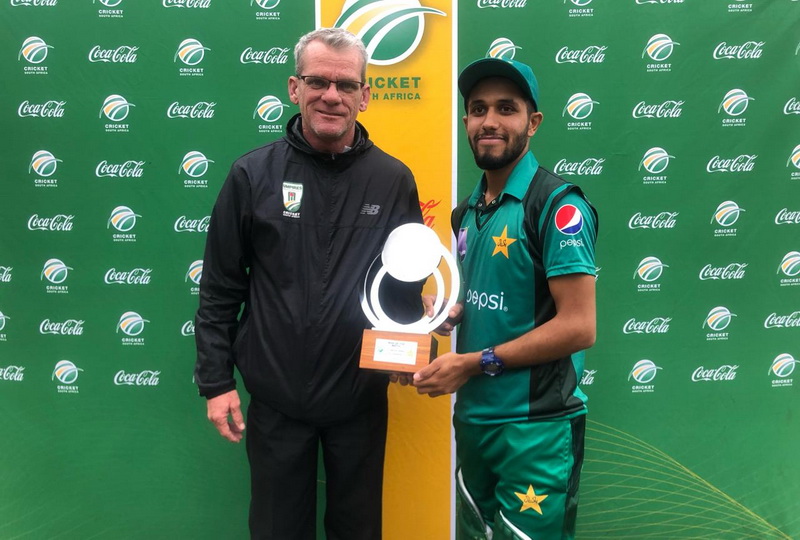