Lahore, 5 July 2019: Another captain’s innings from Rohail Nazir and half century from opener Basit Ali helped Pakistan U19 beat South Africa U19 by 60 runs in the sixth 50-over match to take 6-0 lead at the Chatsworth Cricket Oval in Durban on Friday.

Ruan Terblanche (45) and Levert Manje (30) were the other notable run-getters.

Earlier, after electing to bat, the tourists were dismissed for 282 in 50 overs. Rohail Nazir top-scored with a 94-ball 74 laced with eight fours and a six. Opener Basit Ali contributed with 73 runs off 96 balls that included seven boundaries and a six.

The two batsmen added 146 runs for the second wicket which turned out to be a match winning partnership. Irfan Niazi also contributed with a quick fire 46 off 26 balls that included five fours and two sixes.

For the home side, Gerald Coetzee was the pick of the bowler with four wickets for 26 runs.

The seventh and final match of the series will be played on 7 July at the same venue.

Player of the match: Rohail Nazir 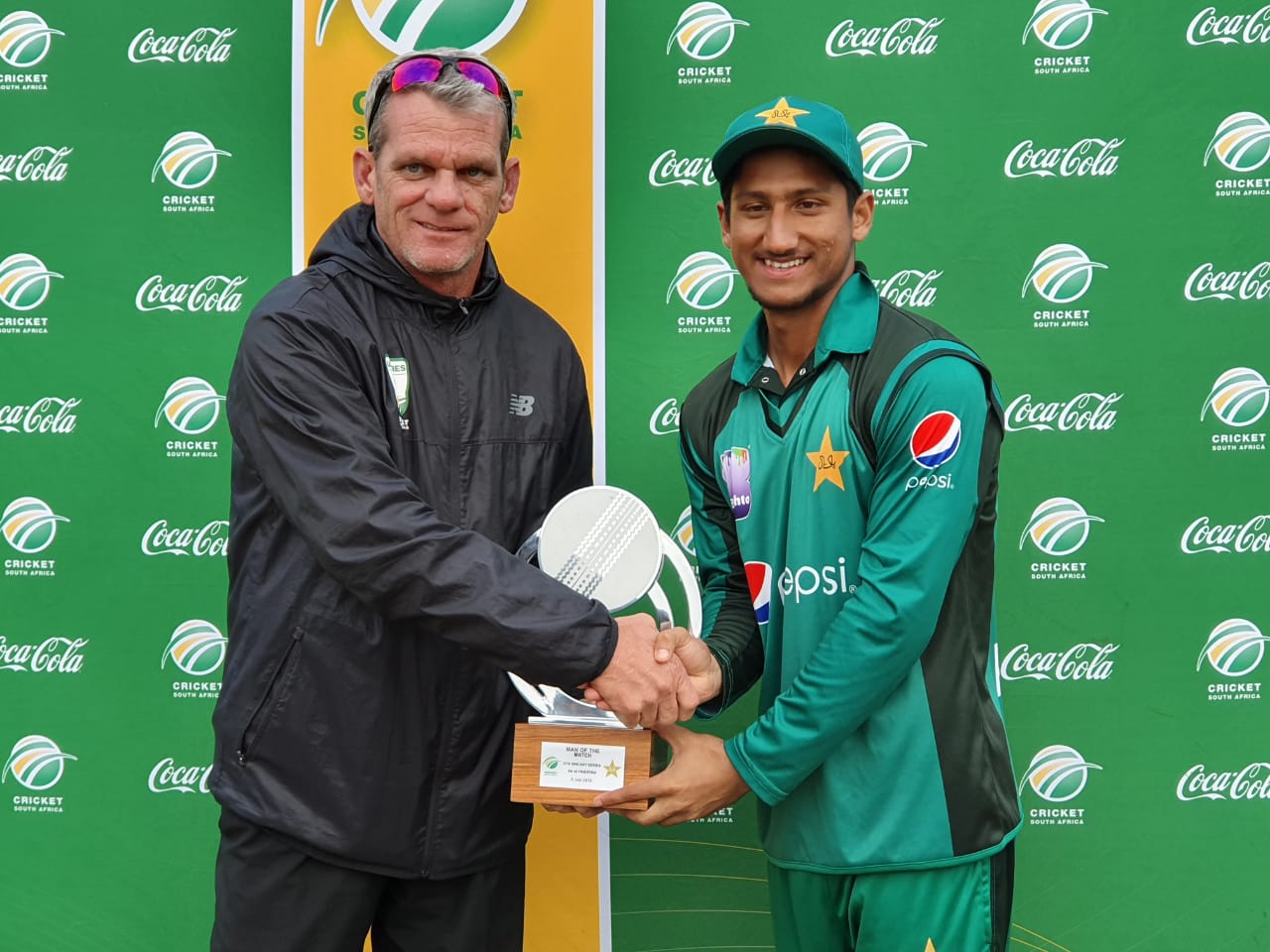