Chasing 163 to win the match, PCB Dynamites were bowled out for 155 in the 5oth over.

Kainat Imtiaz hit a 105-ball 56 with seven fours, while captain Nida Dar was the other notable run-getter for the losing team with a 32-ball 33 – that included three fours and two sixes.

Earlier, PCB Blasters won the toss and elected to bat first. In their allotted 50 overs, they scored 162 for eight.

Sana Mir was the pick of the bowlers for PCB Dynamites with three wickets.

With this victory, the PCB Blasters registered their second win on trot as they had beaten PCB Challengers by one wicket on Tuesday.

The third match of the tournament will take place on 20 September between PCB Challengers and PCB Dynamites at the same venue.

Player of the match – Sidra Ameen 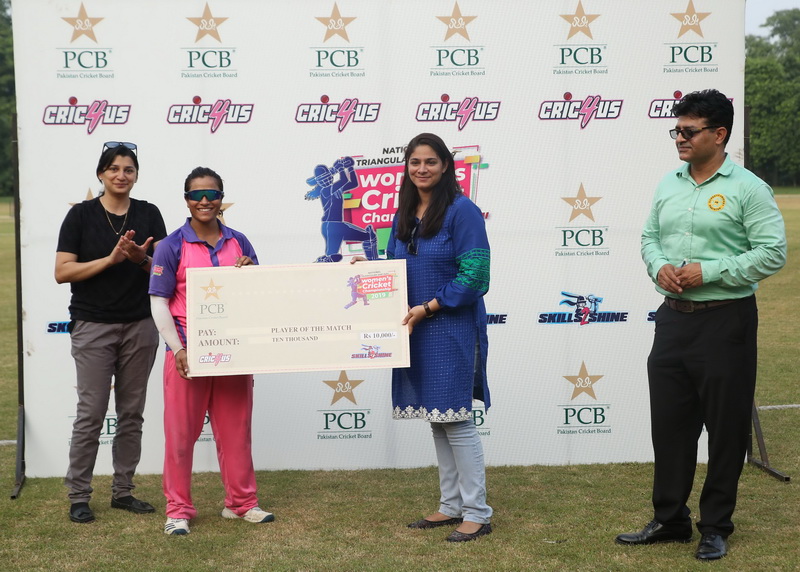