Lahore, 11 January 2022: Pakistan Cricket Board has announced details of ticket prices for the HBL Pakistan Super League 2022, which will go on sale today (Tuesday) at 3pm PKT through cricket.bookme.pk and at designated M&P stores accross Pakistan. The first-leg of 15 matches will be played in Karachi from 27 January to 7 February, while the remaining 19 matches will be held in Lahore from 10-27 February.

The PCB, in a new initiative, has introduced the early bird offer. This means fans can purchase discounted first-class and general enclosure tickets for all preliminary round matches if booked before 17 January.

The fans, upon submitting their immunisation certificates, can purchase as many as six tickets on one CNIC by visiting any of the M&P store across Pakistan or by visiting cricket.bookme.pk and then selecting HBL PSL icon/match/enclosure/seat after entering CNIC name and number. Payments can be made using Easypaisa/Jazzcash/creditcard/Nift options. Bookme.pk helpline number is 03137786888.

All fans can attend the matches and enjoy the engagement in and around the venues that will be introduced to enhance fan enjoyment and experience. However, fans over the age of 12 need to be fully vaccinated. 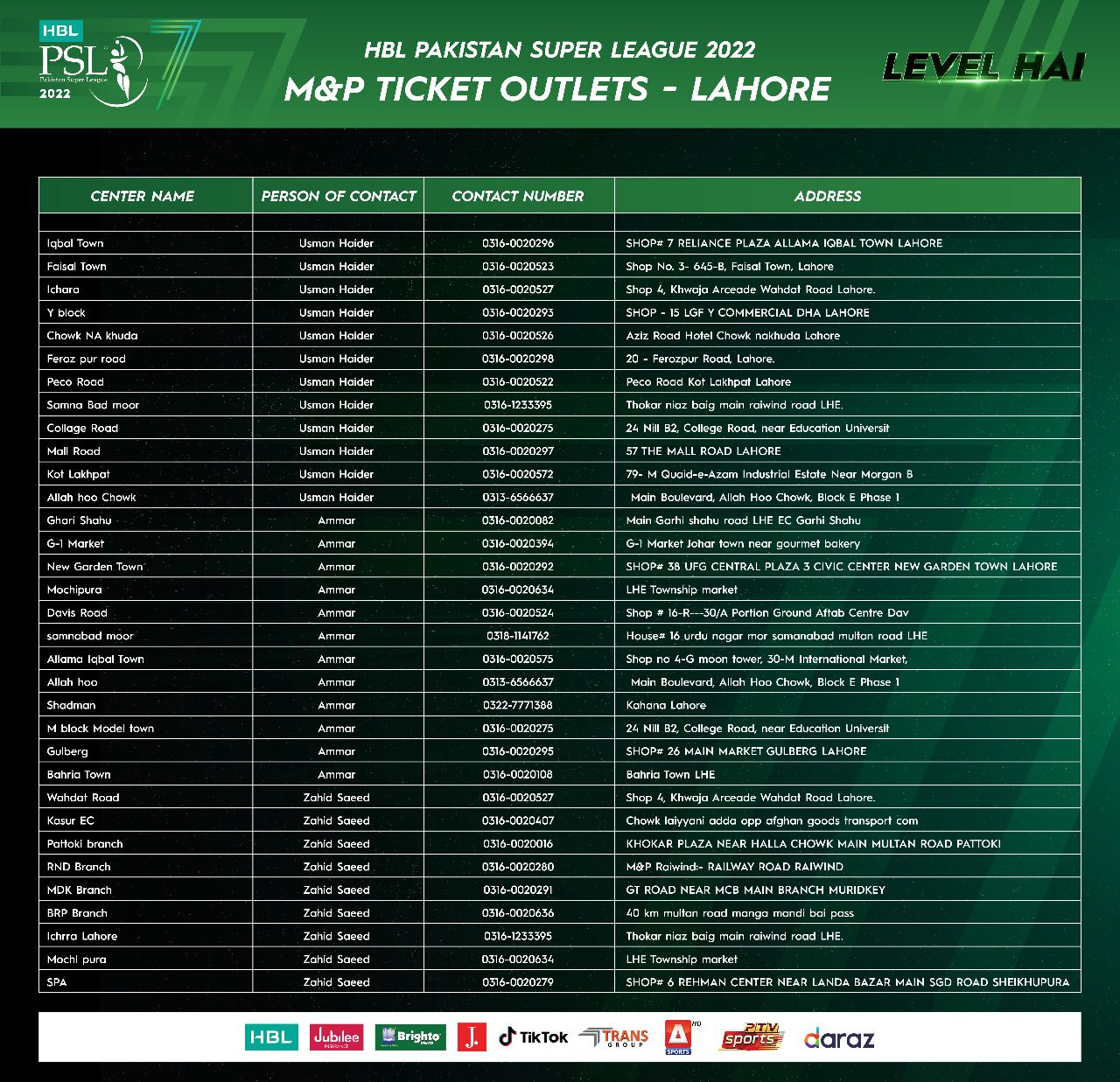 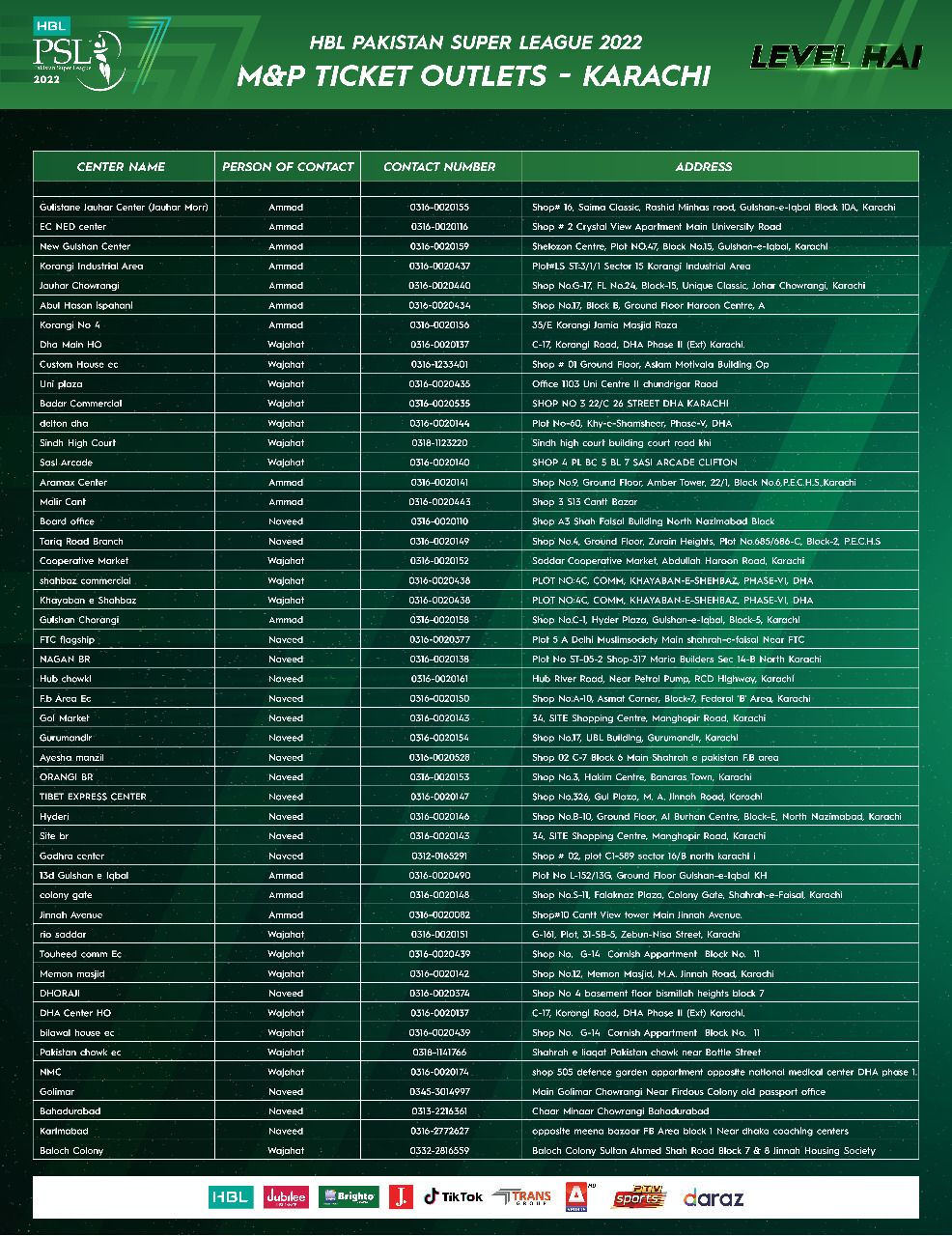 All ticket-holders will also have to display their immunisation certificates and CNIC at the time of entering the venues.

The ticket prices for the 27 January tournament opener between Karachi Kings and Multan Sultans at the National Stadium, which will take place following the curtain-raiser ceremony, have been fixed at PKR2,500 for VIP enclosure, PKR2,000 for premium enclosure, PKR1,500 for first-class enclosure and PKR500 for general enclosure.

For the six double-headers (three each in Karachi and Lahore), the PCB has fixed ticket prices at PKR3,000 for VIP enclosure, PKR2,500 for premium enclosure, PKR2,000 for first-class enclosure and PKR1,000 for general enclosure.

For  the Gaddafi Stadium, fans can also purchase tickets for Wasim Akram and Waqar Younis Enclosures, which have been reserved as Hospitality Stands. Price for these Enclosures range from PKR4,000 to PKR7,000, depending on the day and match.