LAHORE – 17th June, 2016: In a befitting tribute to the work of Abdul Sattar Edhi, Pakistan Cricket Board has announced its support for the Edhi Foundation. The announcement was made by Chairman PCB, Shaharyar M. Khan, at a press conference held today.

As part of the arrangement, the Pakistan Cricket Team will be seen sporting Edhi Foundation’s logo on the playing shirts for the ODI and T20I leg of its upcoming tour of England and Ireland. This partnership honours the services of the great humanitarian Abdul Sattar Edhi, inarguably one of the world's most selfless philanthropists. 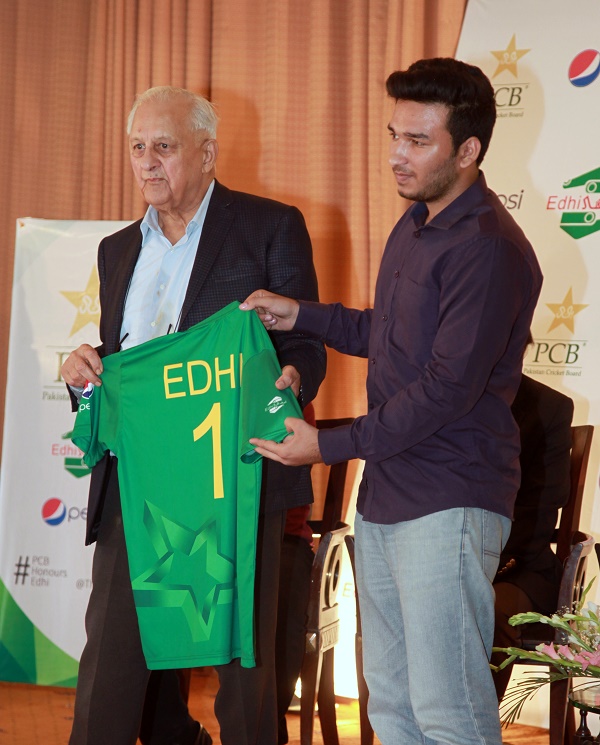 Sharing his thoughts on this partnership, Chairman PCB Shaharyar M. Khan said: “We feel honoured to associate ourselves with the work of such a great human being. PCB is cognisant of its responsibility to give back to the society and this is a continuation of our policy to support and promote such initiatives."

Chairman PSL and Chairman PCB Executive Committee, Najam Sethi, also spoke at the occasion. “In the past one year, PCB has tried to be more aware of its social responsibility. We started with the labour camp activations during the Pakistan – England series in the UAE where we reached out to over 100,000 Pakistani labourers working in testing conditions. Today, we are proud of our association with the Edhi Foundation,” said Sethi. 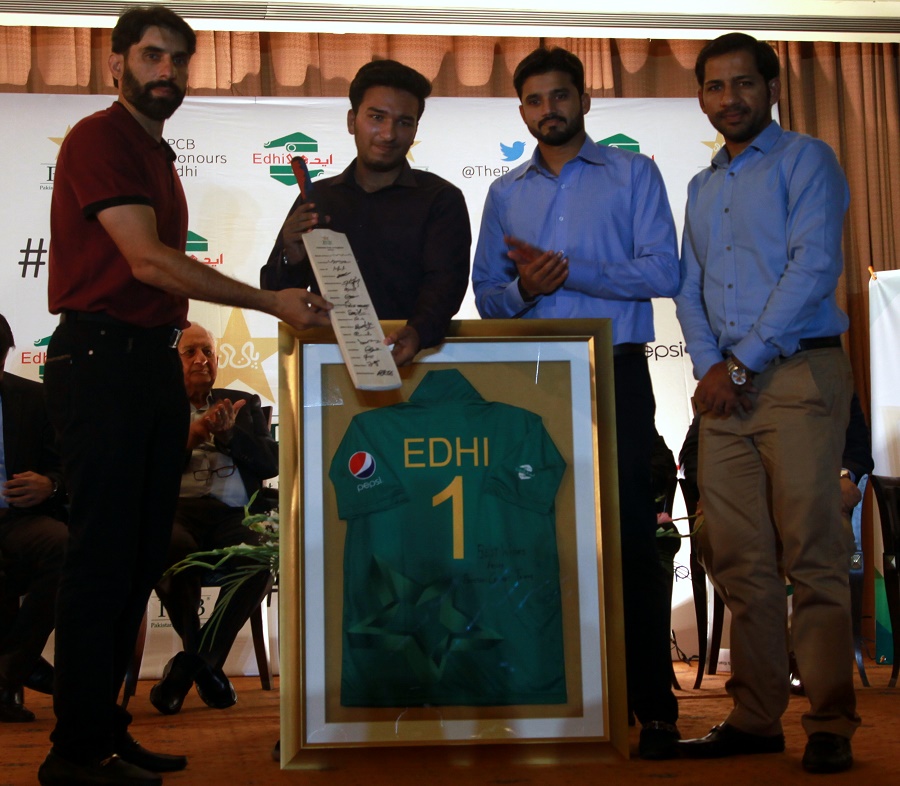 As a mark of respect for Abdul Sattar Edhi, Misbah ul Haq, Azhar Ali, and Sarfaraz Ahmed presented the official Pakistan ODI and T20I jersey to Saad Edhi on behalf of the Pakistan Cricket Team. The team also donated a signed bat to be given away in an auction for the benefit of Edhi Foundation.