Lahore, 4 June 2021: Pakistan cricket selectors have recalled four experienced players and included uncapped Azam Khan in the squads for the tours of England and West Indies. The side will play three ODIs and as many T20Is in England from 8-20 July, before taking on world champions West Indies in five T20Is that will be followed by two Tests.

Middle-order batsman Haris Sohail has been named in the ODI side, while Imad Wasim has returned to bolster the T20I side. Fast bowlers Mohammad Abbas and Naseem Shah have returned to the Test side.

Yasir Shah’s inclusion is subject to fitness as the wrist spinner is yet to fully recover from the knee injury that sidelined him from the Zimbabwe Tests. The selectors have retained leg-spinner Zahid Mahmood along with left-arm spinner Nauman Ali and off-spinner Sajid Khan for the Jamaica Tests.

Uncapped Saud Shakeel has also reclaimed his spot after missing South Africa ODIs due to an injury. Salman Ali Agha, who has lost his Test spot, has been called-up for ODIs.

Fakhar Zaman has maintained his place in the original squad after being drafted as an additional player for Zimbabwe T20Is following a stellar performance in South Africa.

Quetta Gladiators’ Azam Khan, the 22-year-old hard-hitting batsman, is the new face in the T20I squad. 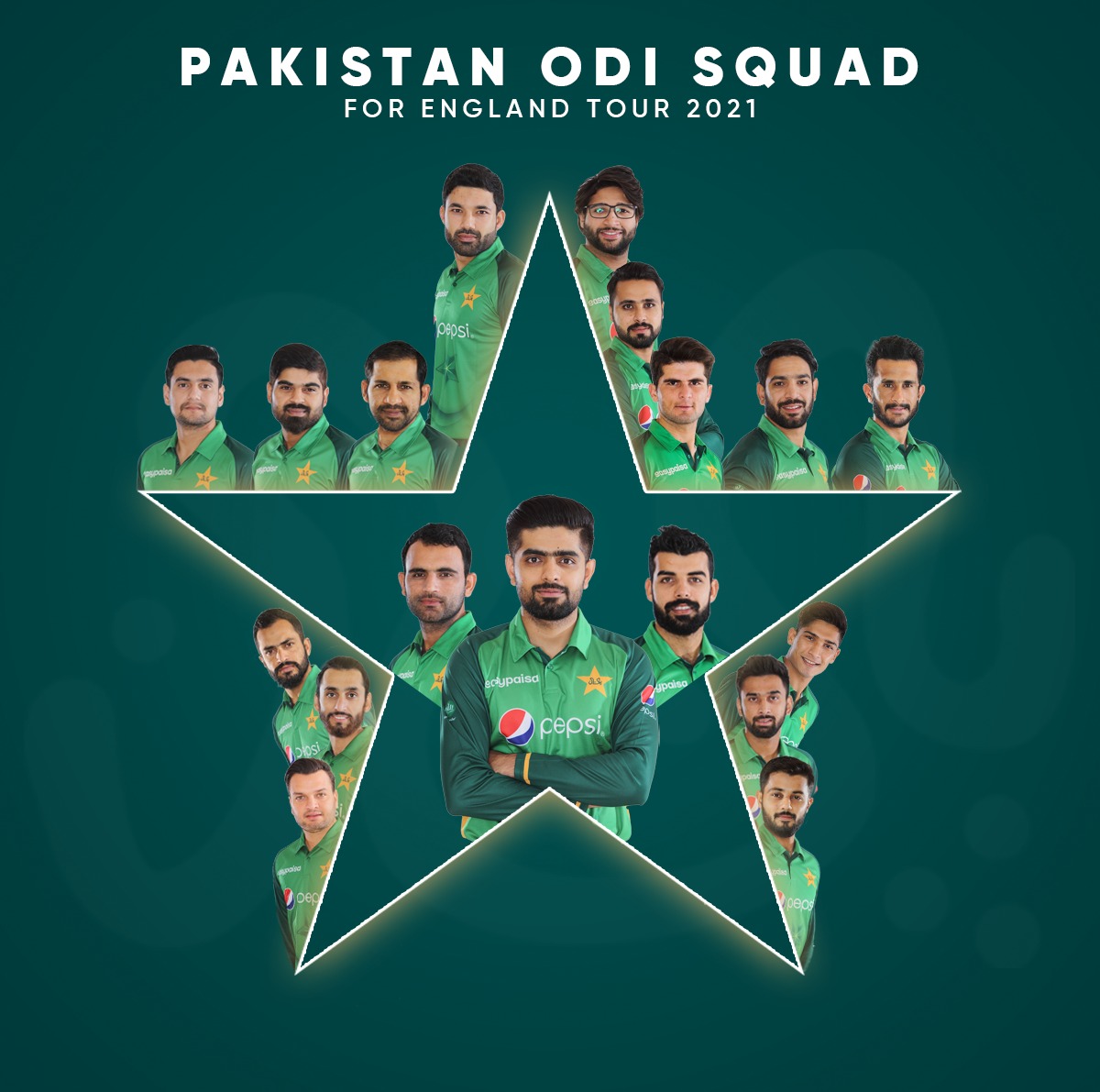 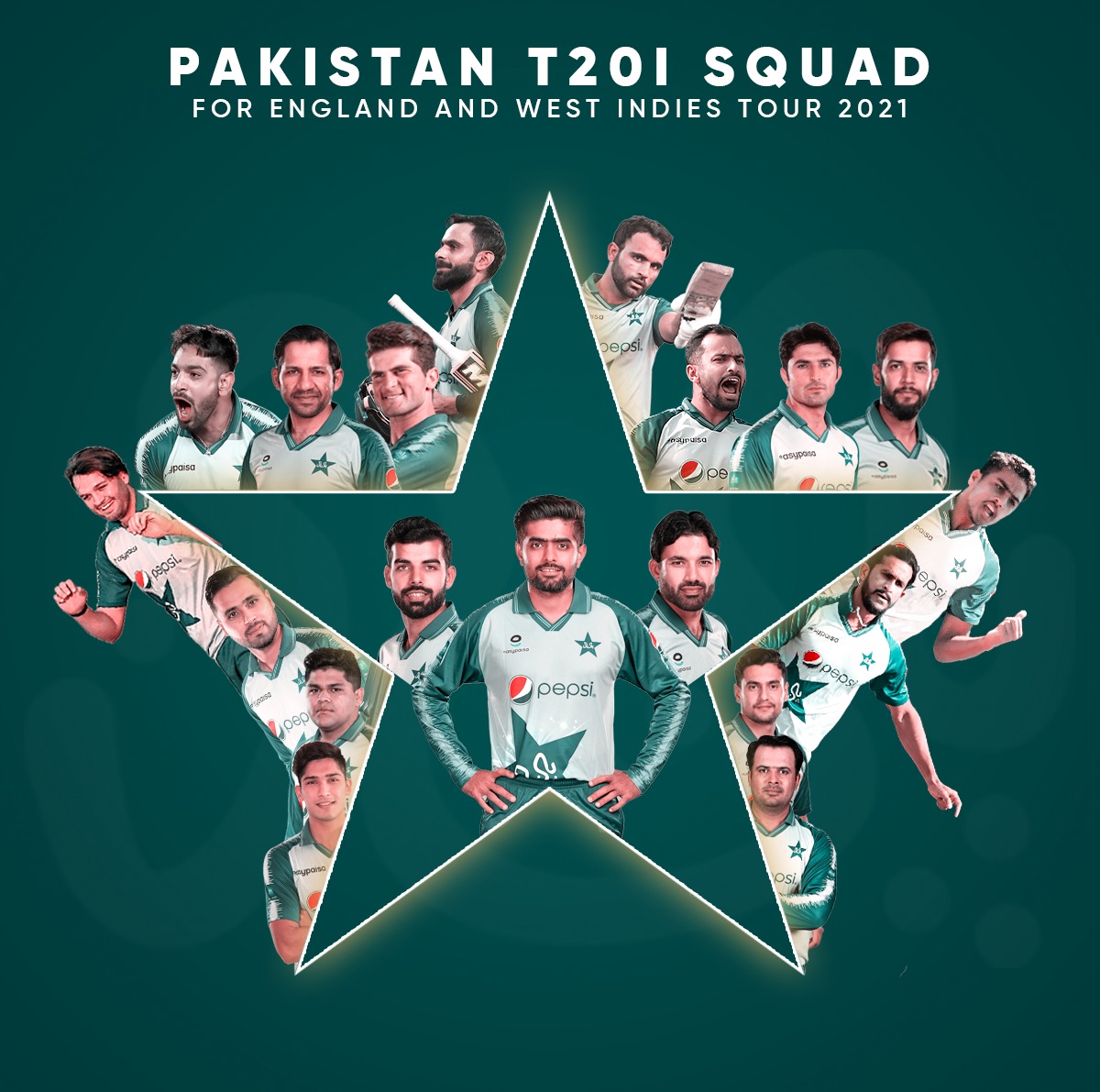 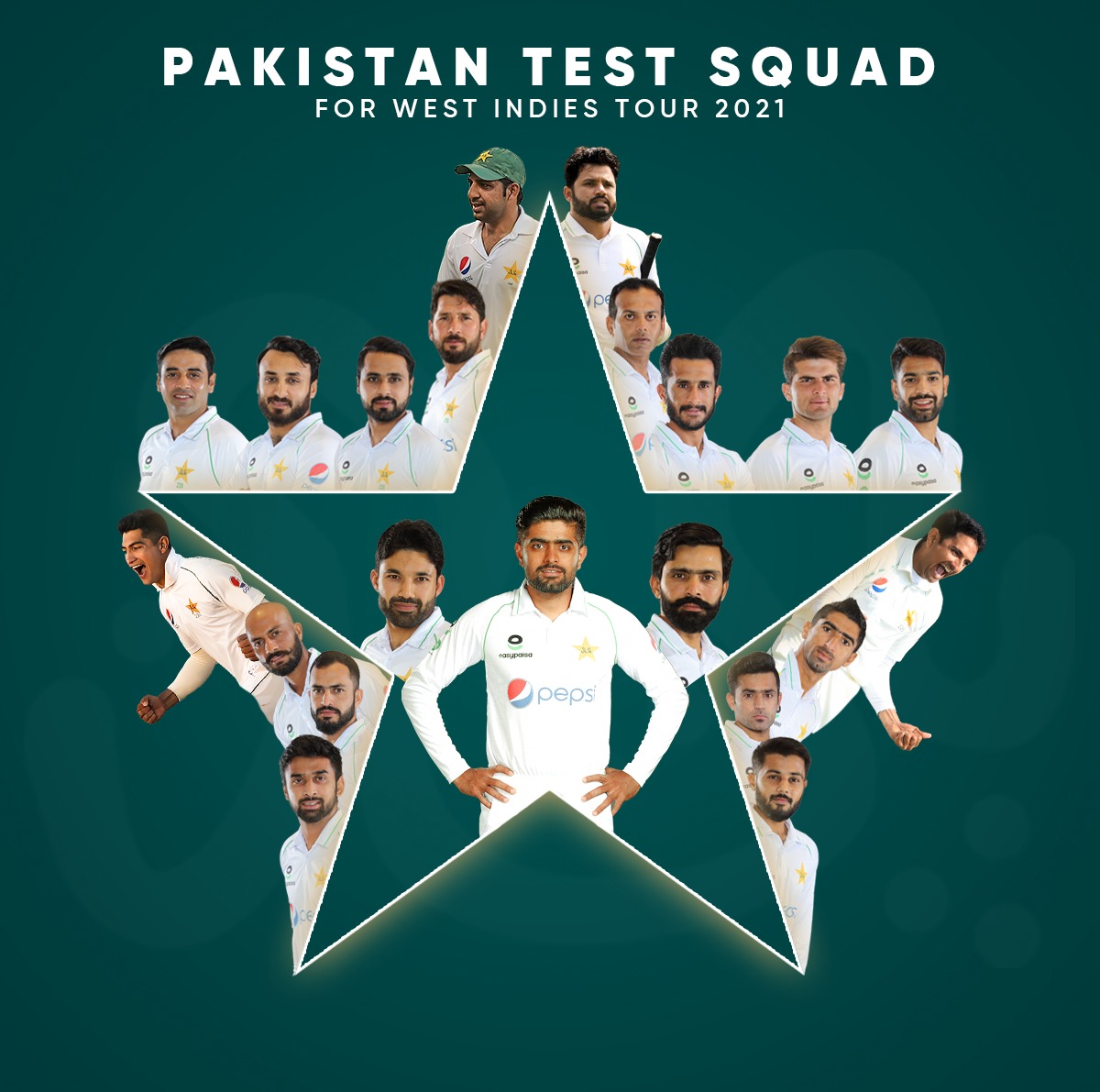 Chief selector Muhammad Wasim: “We have remained consistent in our selection and kept the same core of cricketers who have been in the set-up for a while. This is an extremely important and critical tour for Pakistan as we will be playing the ICC Men’s Cricket World Cup Super League ODIs against England as well as the T20Is against England and the West Indies as part of our preparations for the ICC Men’s T20 World Cup. The Jamaica Test will count towards the ICC World Test Championship.

“As such, keeping in view the above and in consultation with captain Babar Azam and head Misbah-ul-Haq, we have tried our best to maintain the winning combinations but at the same time recalled four experienced players and rewarded uncapped Azam Khan for his domestic performance, while also giving him the required confidence for the future challenges.

“Mohammad Abbas has regained his form, Naseem Shah and Haris Sohail have reclaimed the required fitness standards, while Imad Wasim has been recalled considering the T20 World Cup is likely to be held in the UAE and he enjoys an excellent record there.

“The return of these four players meant we had to leave some players, which is never an easy decision. But we have collectively opted for what was in the best interest of the side, taking into consideration the opponents and the requirement of the formats on the upcoming tours.

“The players who have missed on selection will remain part of our strategy, and, as such, they will continue to work on their technical game at the National High Performance Centre under the watchful eyes of Mohammad Yousuf and Saqlain Mushtaq.

“Yasir Shah’s inclusion is subject to clearing his fitness test. He was sidelined due to a knee injury after the second Test against South Africa earlier this year and was expected to reclaim complete fitness for the West Indies tour. It, however, has not been the case, but we remain hopeful that he will complete his rehabilitation before the departure.

“The side since the home series against South Africa have maintained an upward movement, but still there are a few lose ends that we would like to close by the end of the England and West Indies tours so that there is absolutely clarity on our compositions for the post West Indies tour engagements.

“I strongly believe the changes will plug those gaps and will put us in a strong position in our endeavours to feature in the top three across all formats by the end of 2023.”