Lahore, 3 September 2019: The Pakistan Cricket Board today announced six Cricket Association sides for the upcoming domestic cricket season 2019-20, which gets underway with the Quaid-e-Azam Trophy from 14 September.

The local coaches and juniors selectors had initially prepared the provisional squads of 32 players per side, before they were reviewed and finalised by a three-member independent panel – comprising Misbah-ul-Haq, Nadeem Khan and Rashid Latif, who also took into account player performances from past three seasons.

The PCB centrally contracted cricketers, who are not handed the domestic contracts, will feature in domestic events when not on the national duty. They have been divided equally amongst the Cricket Associations to ensure top-quality and competitive cricket.

White ball specialists – both domestic and international – have also been allocated to the six teams, who will be remunerated as per the domestic match fee model.

The six Cricket Association sides will gather in the cities, where they play their first matches, on 11 September.

For a robust succession plan, the onus of leading the cricket association sides in the upcoming domestic season has been put on the young and emerging international and domestic players. The PCB has also brought in the concept of mentorship, which will see former Test cricketers – with heaps of first-class experience – groom up-and-coming cricketers in the Second XI sides.

Of the 32 contracted players with Balochistan Cricket Association, 44 per cent are from the province. Rubbing shoulders with seasoned first-class and Test cricketers from around the country will help them develop the requisite skills for this level.

Rashid Latif said: “We took the performances of the past three years, across all formats, into consideration when we sat down to have a look at these teams. We preferred players in early 20s who have shown improvement into consideration and those who have gotten a bit old and have had their performances go downhill were let go – which was a tough decision.

“We have focused on the emerging U19 players, who often get left out, after noticing their performances and have selected leg-spinners because there’s a dearth of bowlers who can execute that skill. We have to start searching for the replacements of Yasir Shah and Shadab Khan from today.

“We have given the role of mentor to three players namely Zulfiqar Babar, Aizaz Cheema and Mohammad Sami. We spoke to these guys and from the next season they will adopt a new career. They will play in the Second XI and mentor the players.” 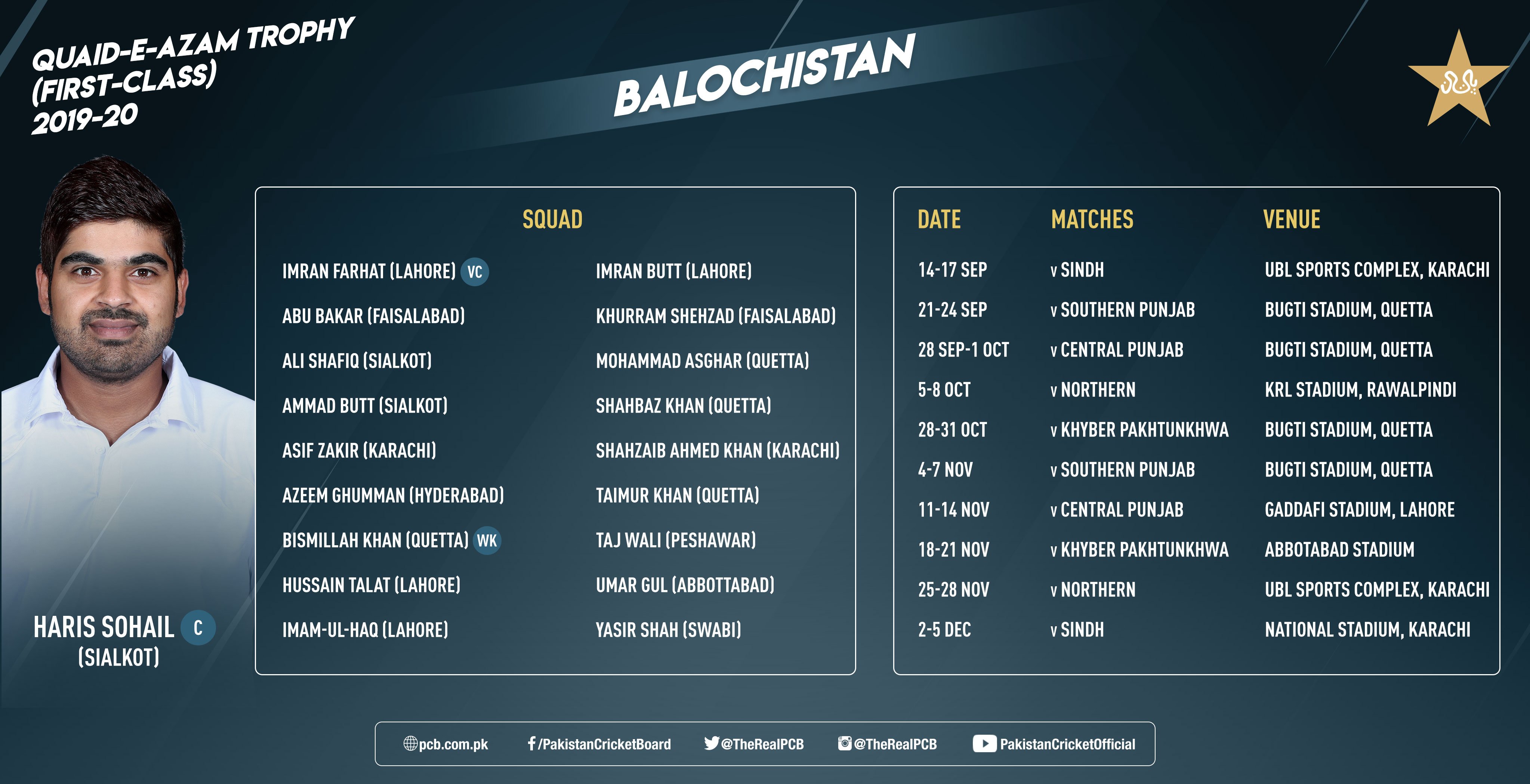 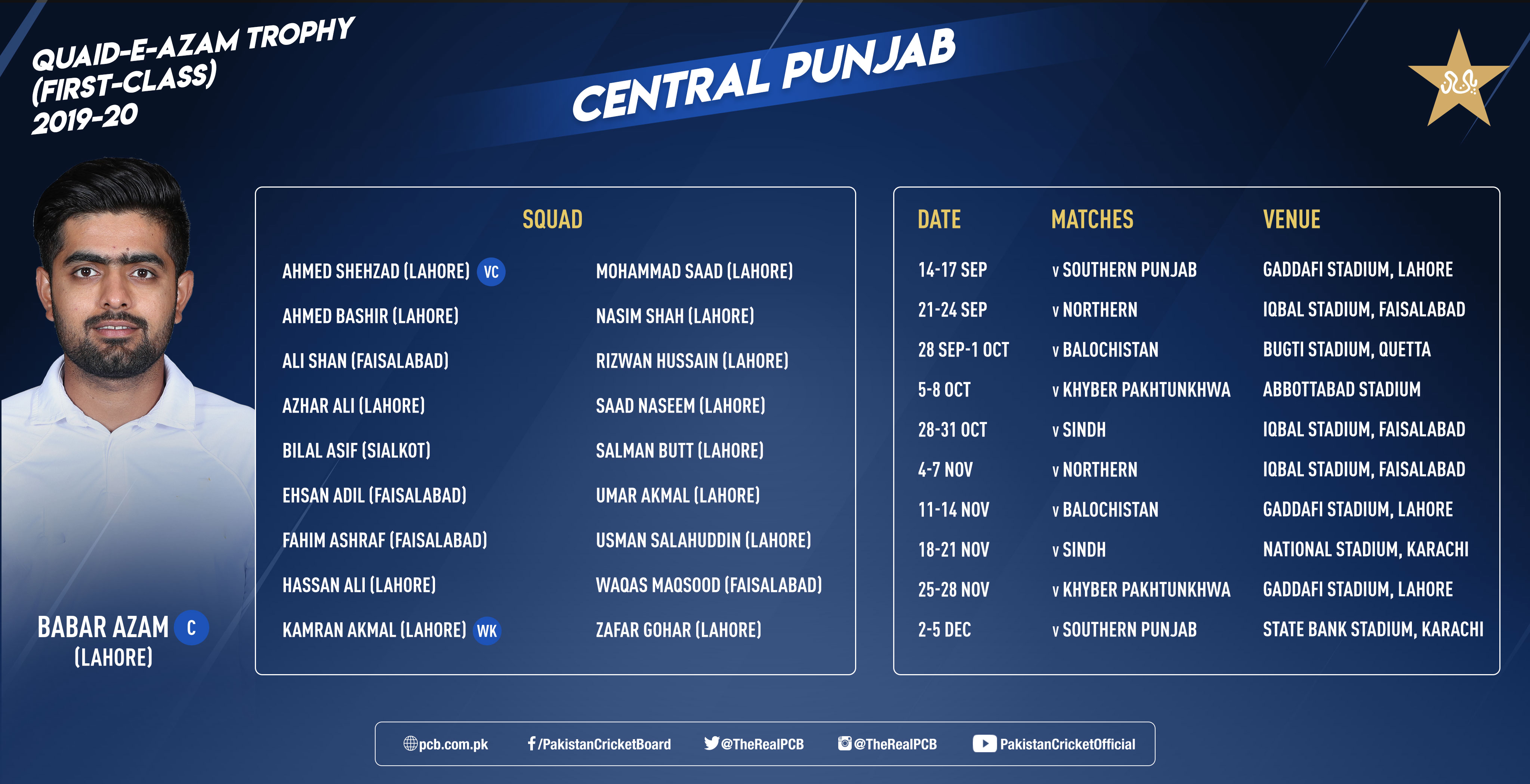 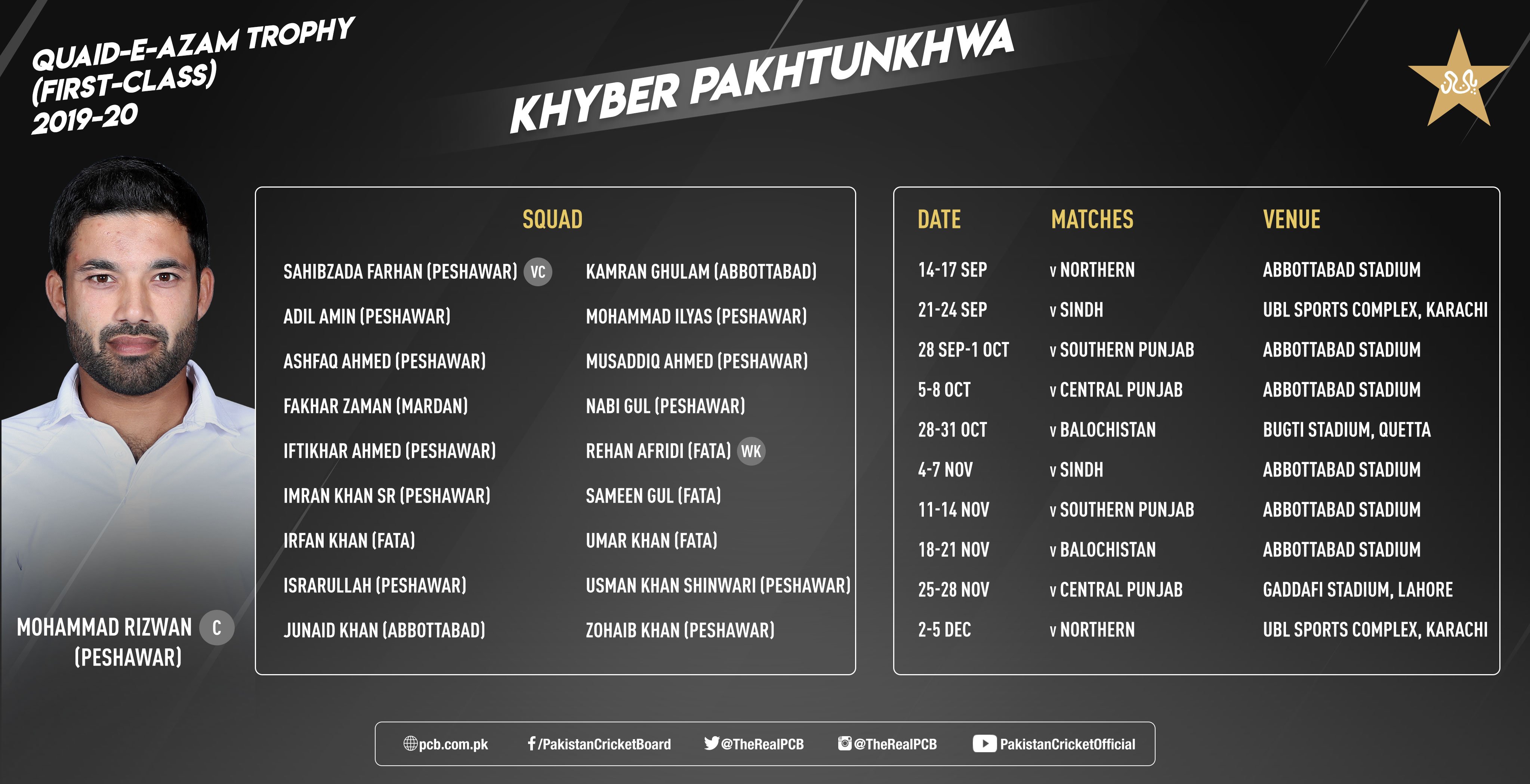 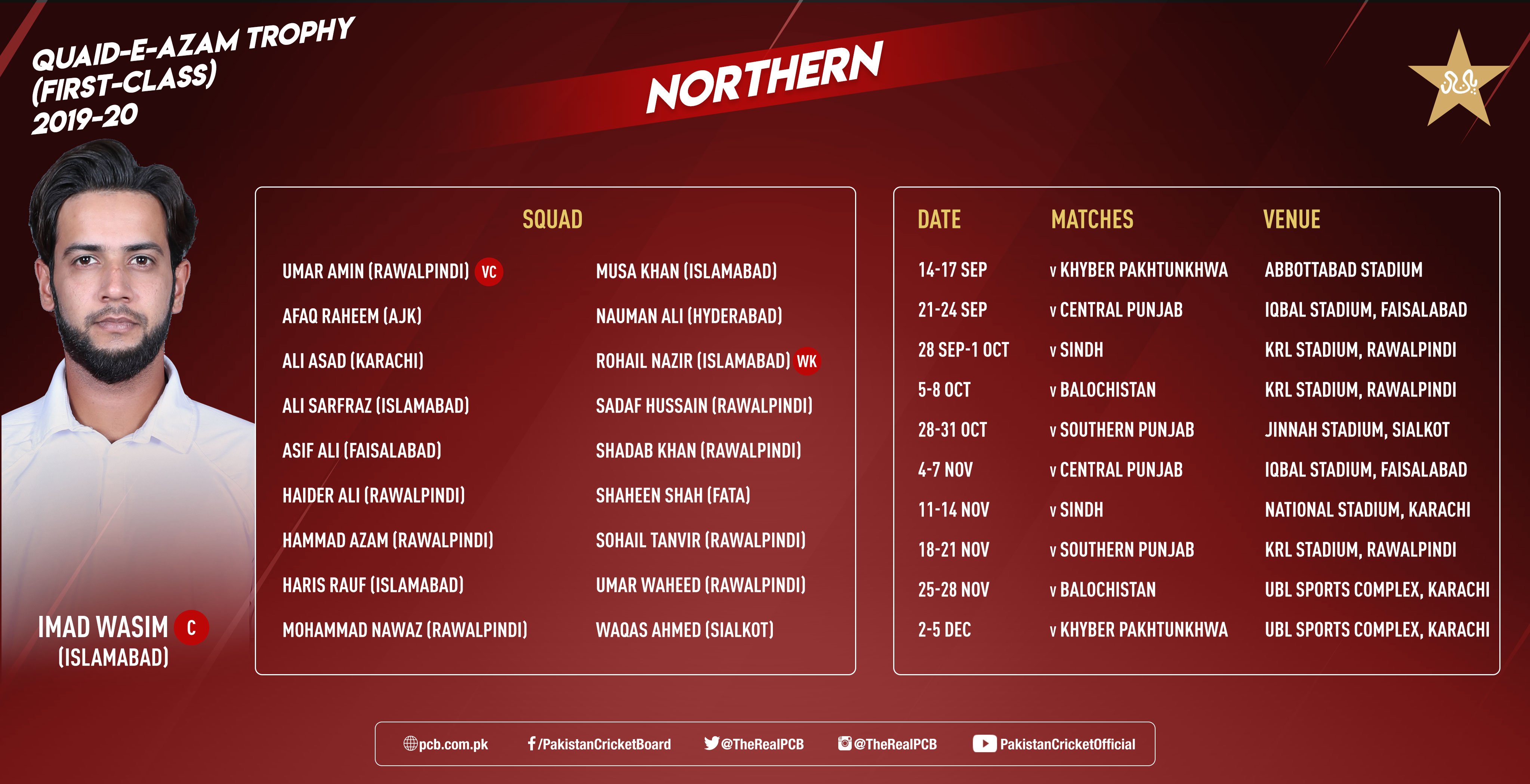 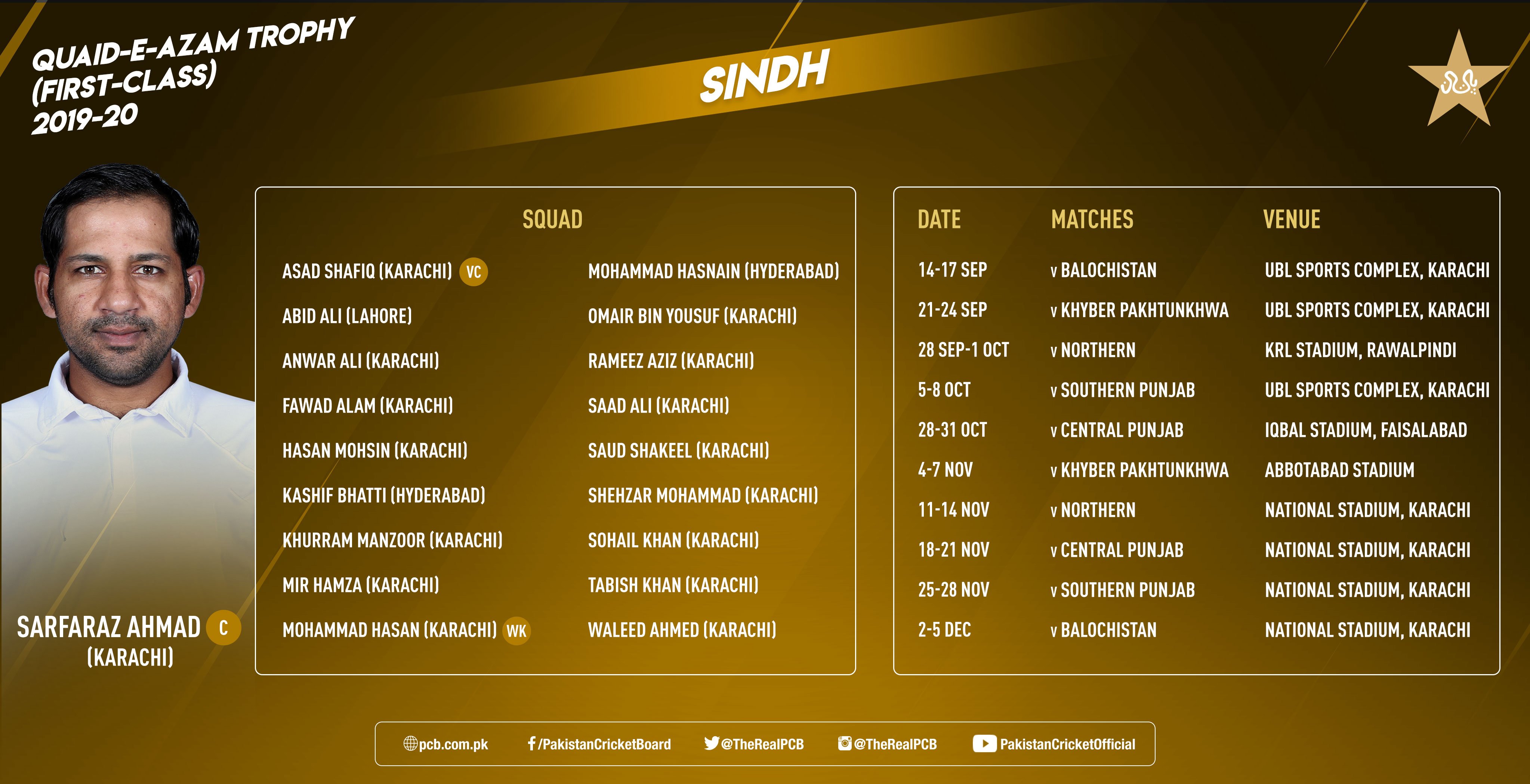 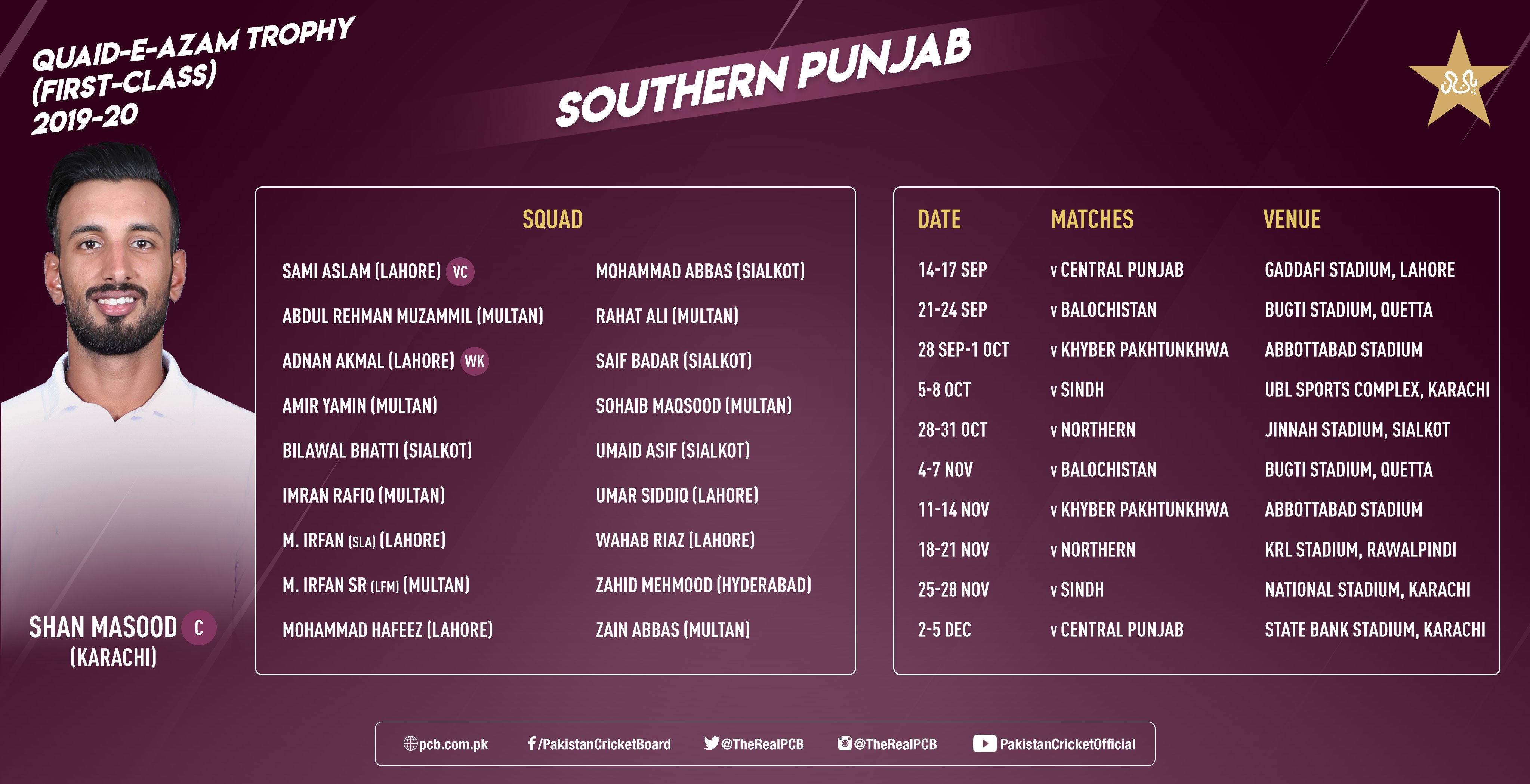