Lahore, 30 September 2022: U19 cricket is set to get a major boost as the first-ever Pakistan Junior League commences at the headquarters of Pakistan Cricket, Lahore’s Gaddafi Stadium on Thursday evening (tomorrow). The one of its kind league will showcase not only Pakistan’s but some of the world’s best U19 talent in the 16-day long competition that includes six teams.

The runners-up will be given PKR5million. The tournament will feature a total of 19 matches including the 21 October final with each of the six sides taking on each other once in the single-league round-robin format.

Before the opening match, an action-packed curtain raiser will be staged at the Gaddafi Stadium from 6:15pm with dazzling fireworks and performances from popular youth band Young Stunners and renowned singer Asim Azhar, the star acts of the evening.

The toss will take place at 7:00pm with the first ball to be bowled at 7:30pm. The Giants will take on the Warriors in the tournament opener.

The tournament broadcast will be done through a 22 camera full HD production including enhancements such as Buggy cam and drone camera. 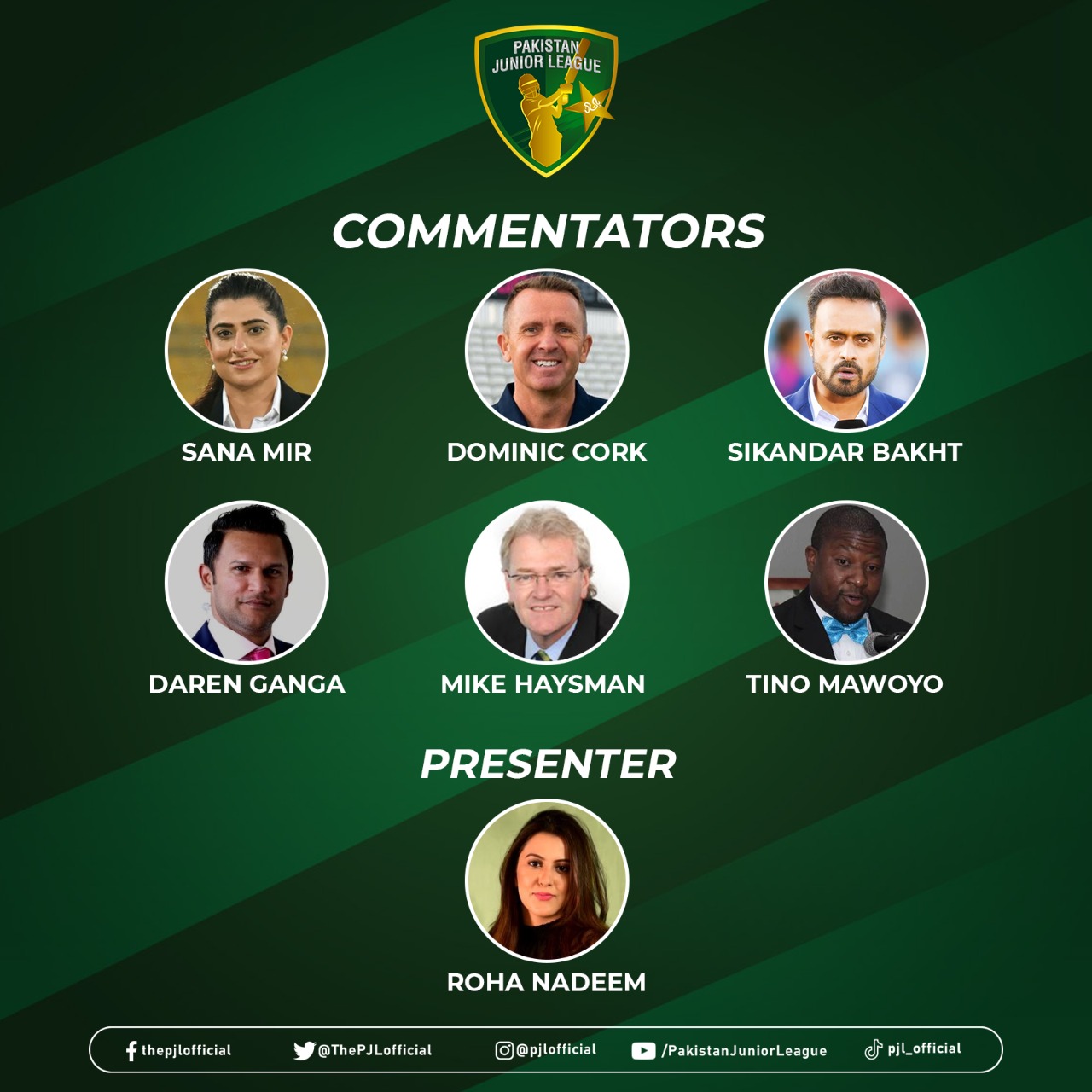 Spectators can buy affordable PJL match tickets (PKR100 each) outside the Gadaffi Stadium at the Archery/Liberty entrance and the Gulberg College entrance. Under 18s can enter the stadium for free by presenting school ID card at the ticket booth.

Online purchase of tickets has commenced, fans can book tickets by visiting www.bookme.pk or by calling Bookme helpline @ 042111266563.

“We have put a big effort in putting together this event which is meant to prepare our U19 players for senior cricket by providing them a world-class competition. The most encouraging thing for us is the response of cricket boards across the globe who have sent 24 quality players to represent the six sides.

“These players will have the greats of the game Javed Miandad, Sir Vivian Richards, Shahid Afridi, Shoaib Malik, Daren Sammy, Imran Tahir and Colin Munro mentor them which is nothing less than a lifetime learning opportunity for these players.

“The local players have come through the age-group system, these players will represent our domestic, franchise and national sides in the years ahead and I am sure the Pakistan Junior League will prove to be a major milestone in their careers.”