Lahore, 9 January 2021: Chris Gayle will be one of the major potential picks when the HBL Pakistan Super League 2021 Player Draft takes place at the High Performance Centre on Sunday afternoon. The event proper will be staged in Karachi and Lahore from 20 February to 22 March.

If Gayle succeeds in attracting the franchises with his stardom that backs his impressive T20 career, this will be the first time since 2006 that he will play competitive cricket in Pakistan. The Jamaican’s stints with Qalandars and Kings were in the United Arab Emirates.

Since the second half of 2019, all cricket has been played in Pakistan with the first-ever HBL Pakistan Super League taking place from start to finish in 2020. The international sides to tour during this period include Sri Lanka, Bangladesh and Zimbabwe, while South Africa are due in Karachi next week. Also scheduled to visit Pakistan in 2021 are New Zealand, England (men’s and women’s) and the West Indies.

Gayle, a two-time ICC Men’s T20 World Cup winner, is one of over 400 foreign players from 20 cricket playing countries* who have expressed their availability and interest in one of the most competitive and high-quality leagues in the world.

England’s No.1 ranked Dawid Malan is also in the Draft, along with compatriots Moeen Ali, Tom Banton and Chris Jordan, although their availability is likely to remain limited due to their international commitments.

Rashid Khan and Mujeeb Ur Rehman of Afghanistan, world’s top two ranked bowlers, and number-one ranked all-rounder, Mohammad Nabi, will also be one of the major attractions of the Draft. They are among a strong field of 38 Afghanistan players, who have registered for the Draft.

South Africa’s duo of David Miller and Morne Morkel have also entered the Draft and will be hoping to be picked by one of the franchises so that they can also make their debuts in the event. Dale Steyn is the other leading South Africa cricketer who is available in the Draft.

Some of the biggest foreign names in the HBL PSL 2021 Player Draft are:

How the Player Draft works: 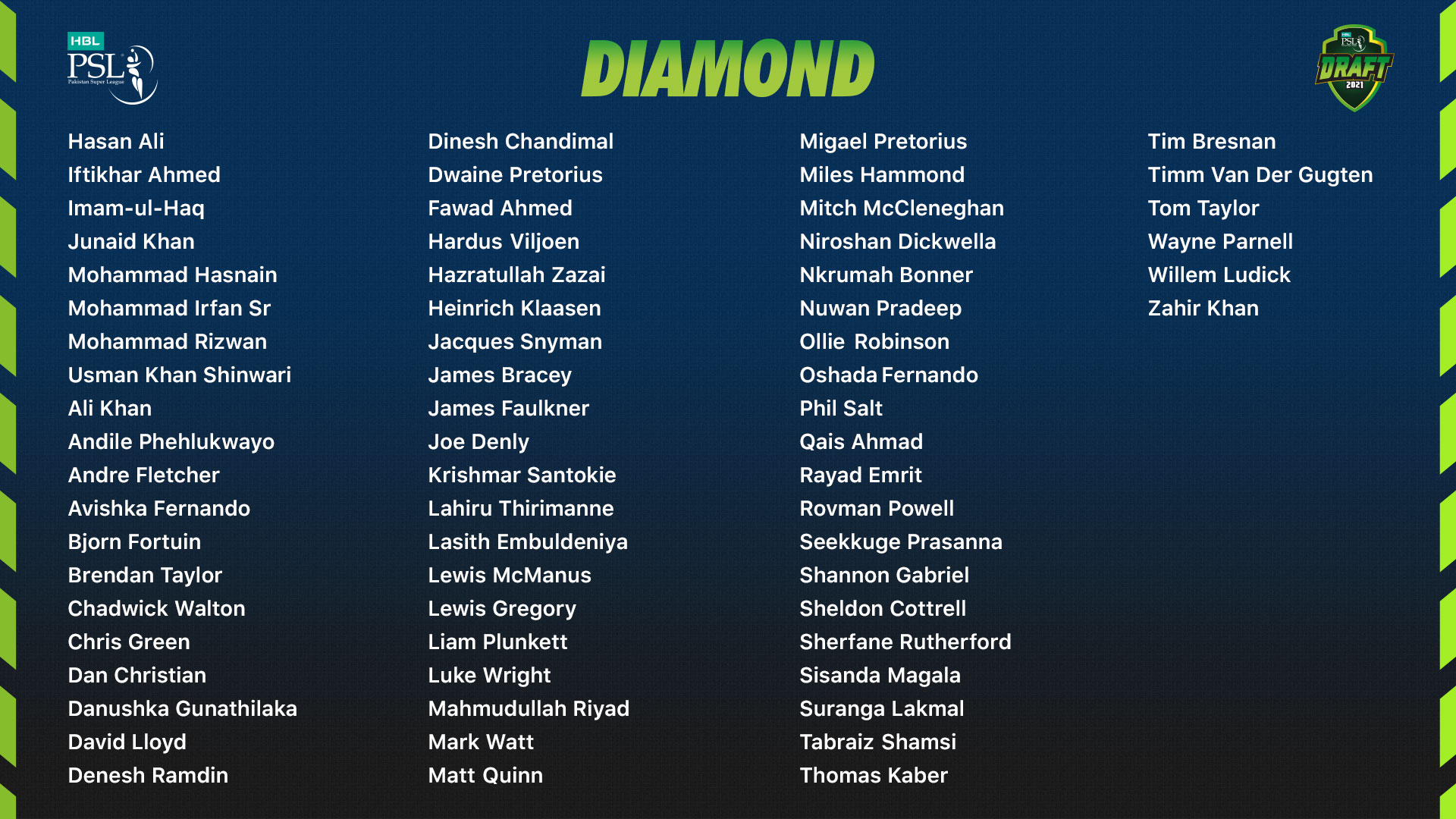 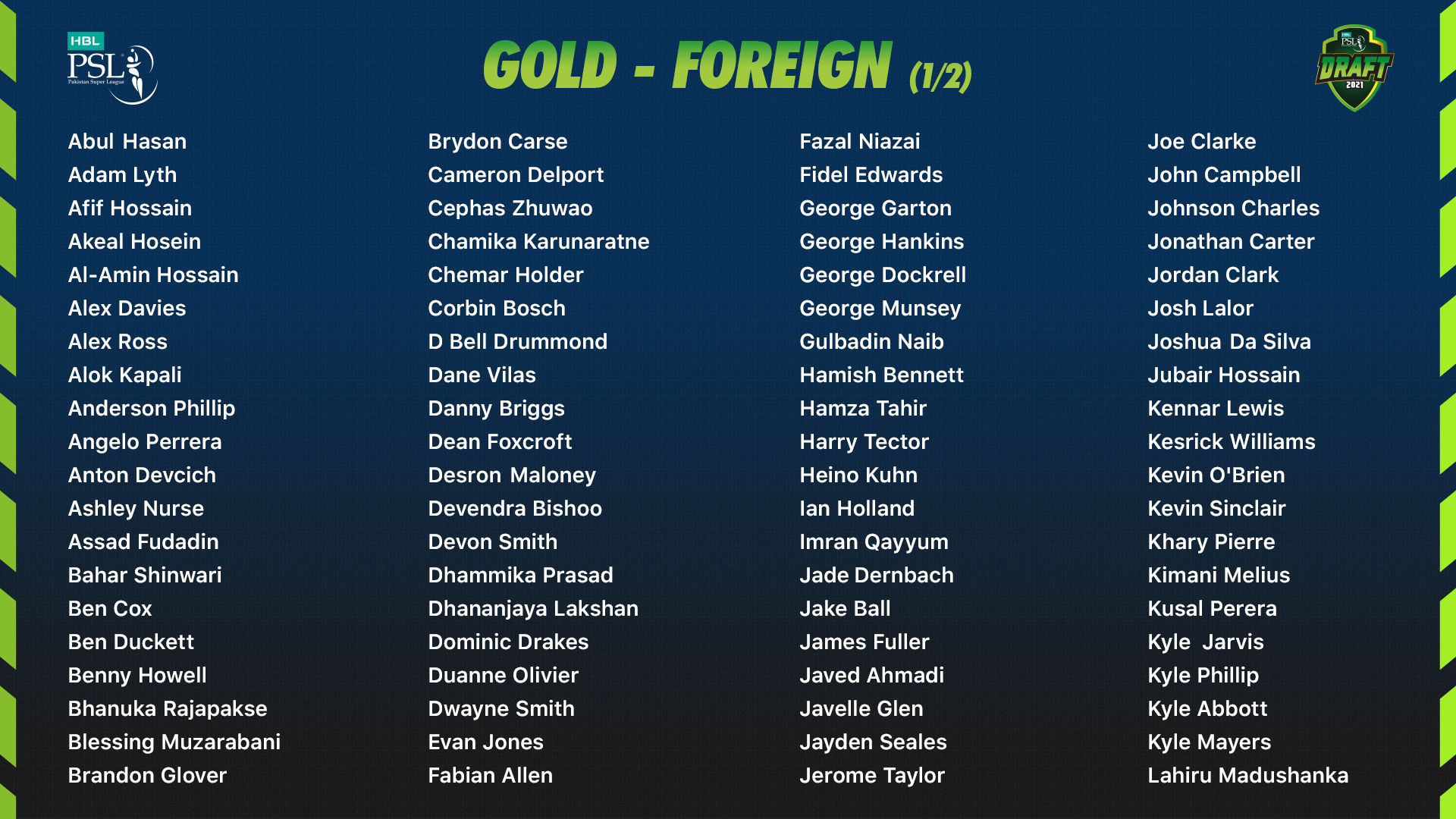 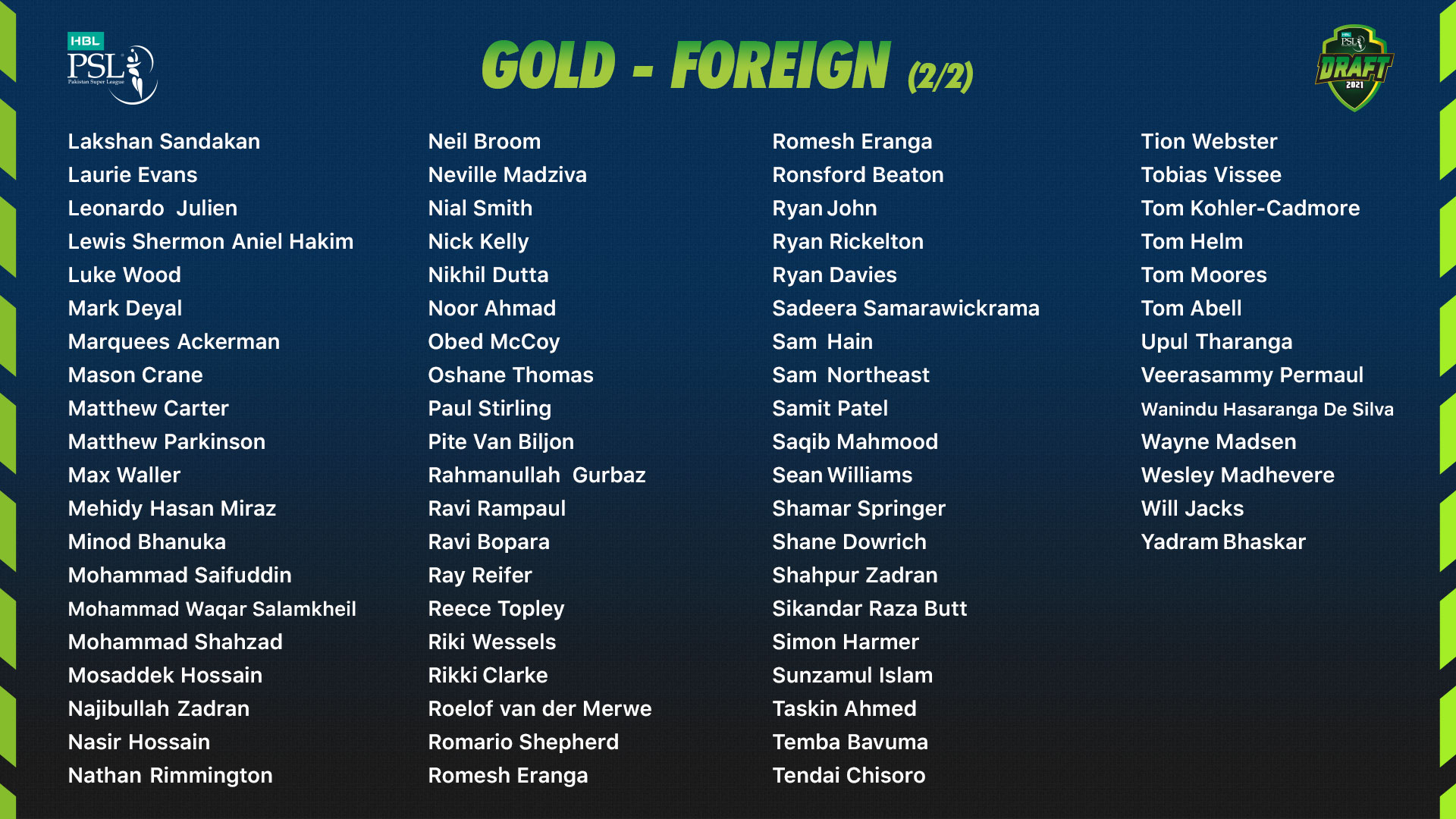 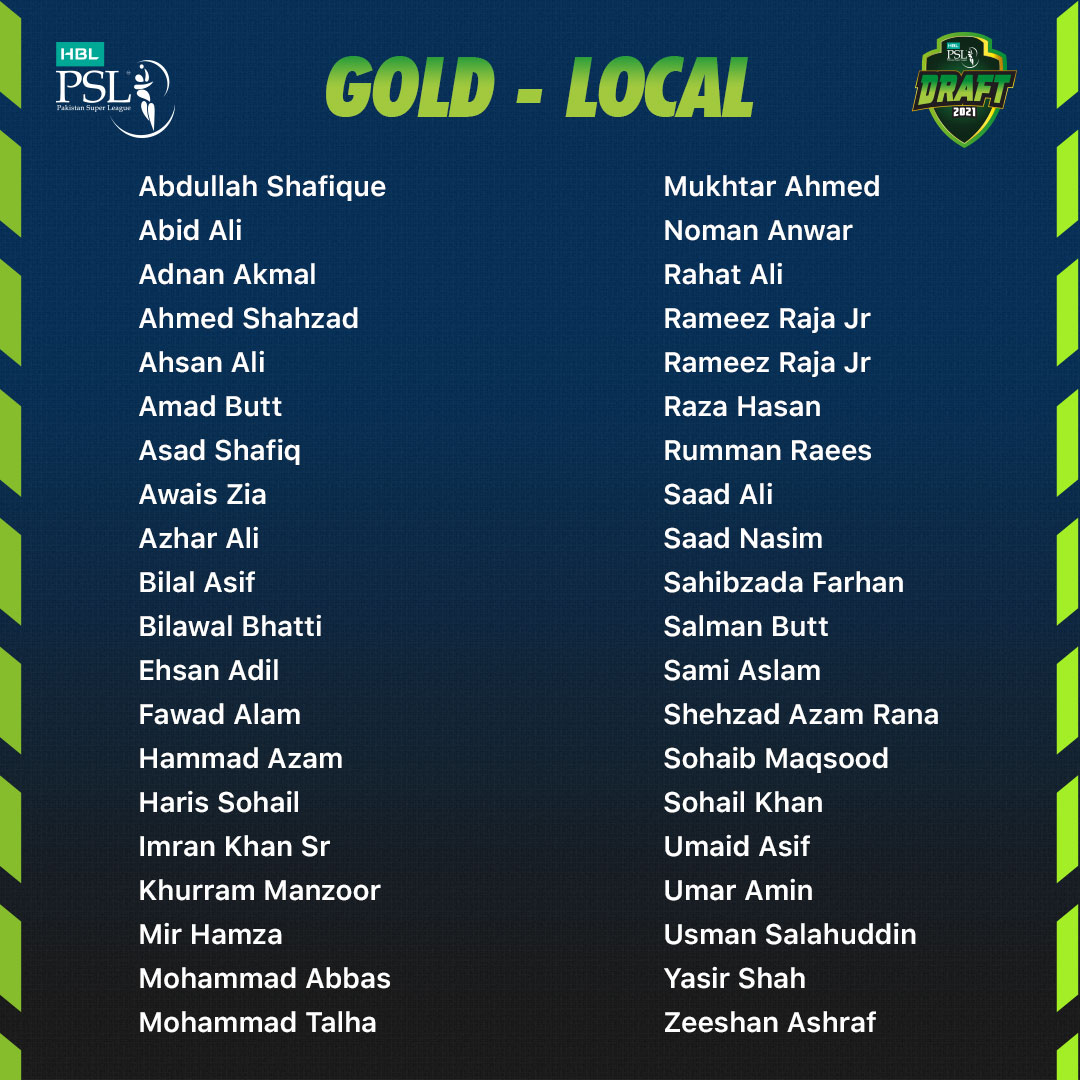 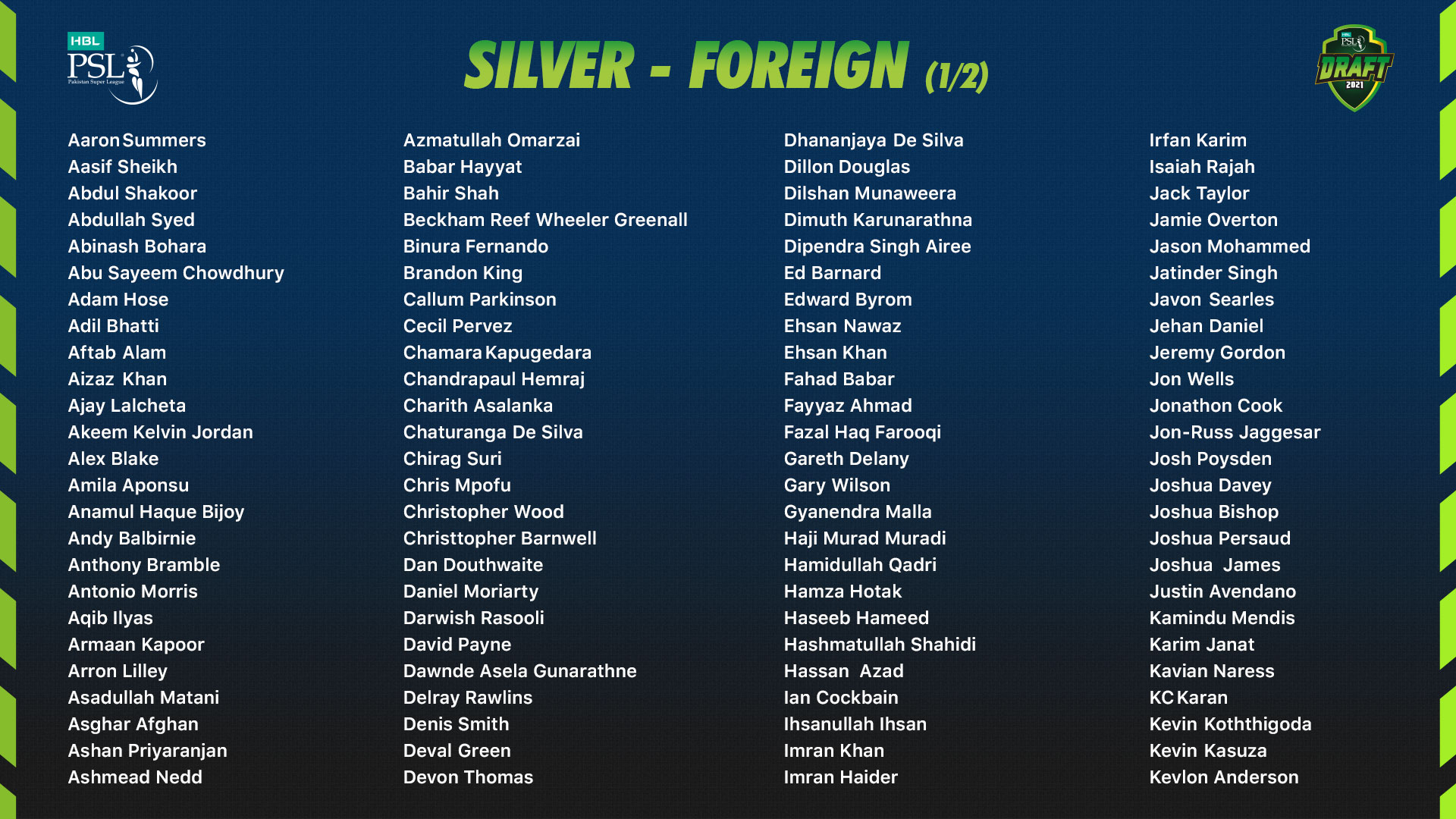 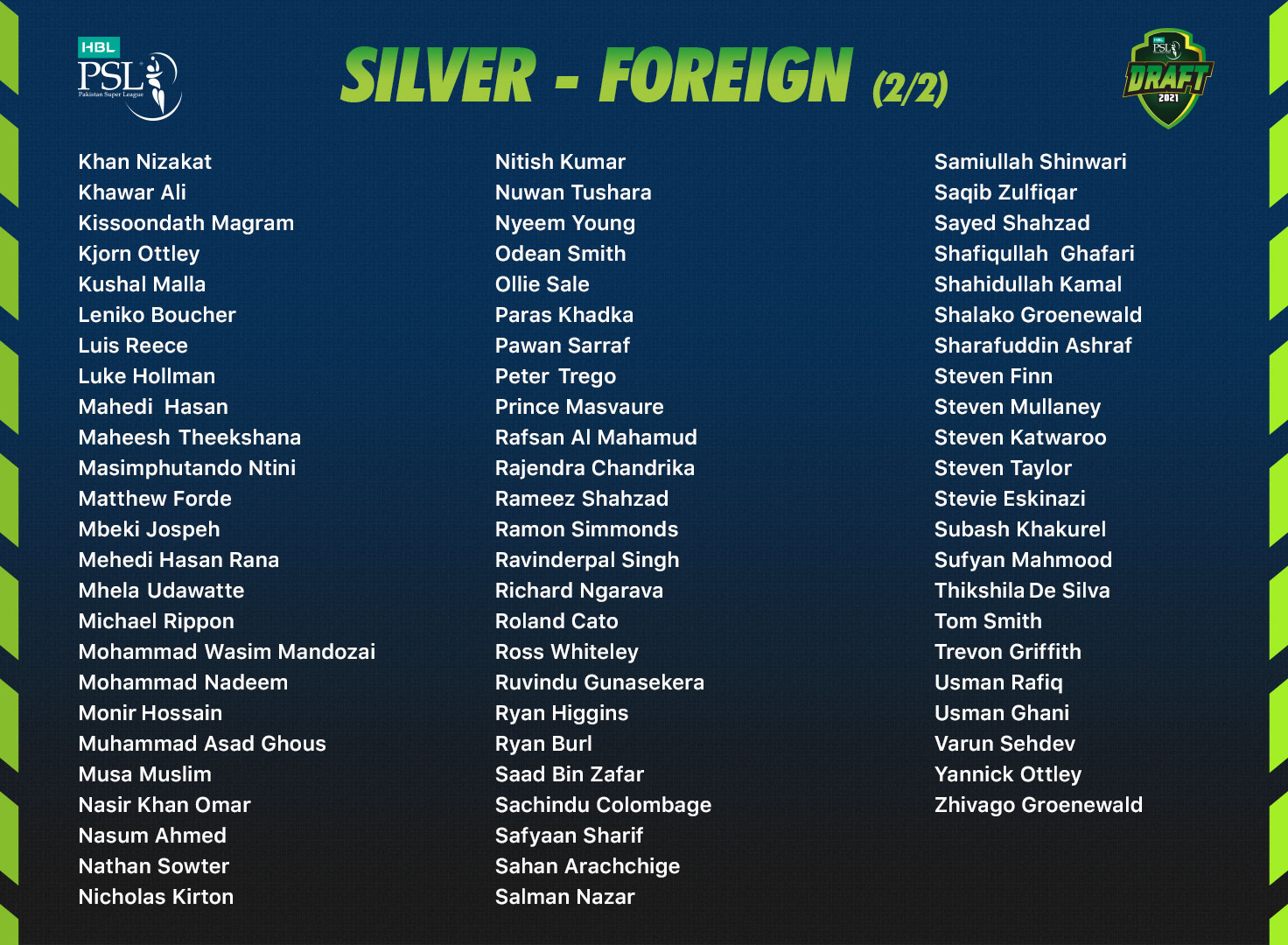 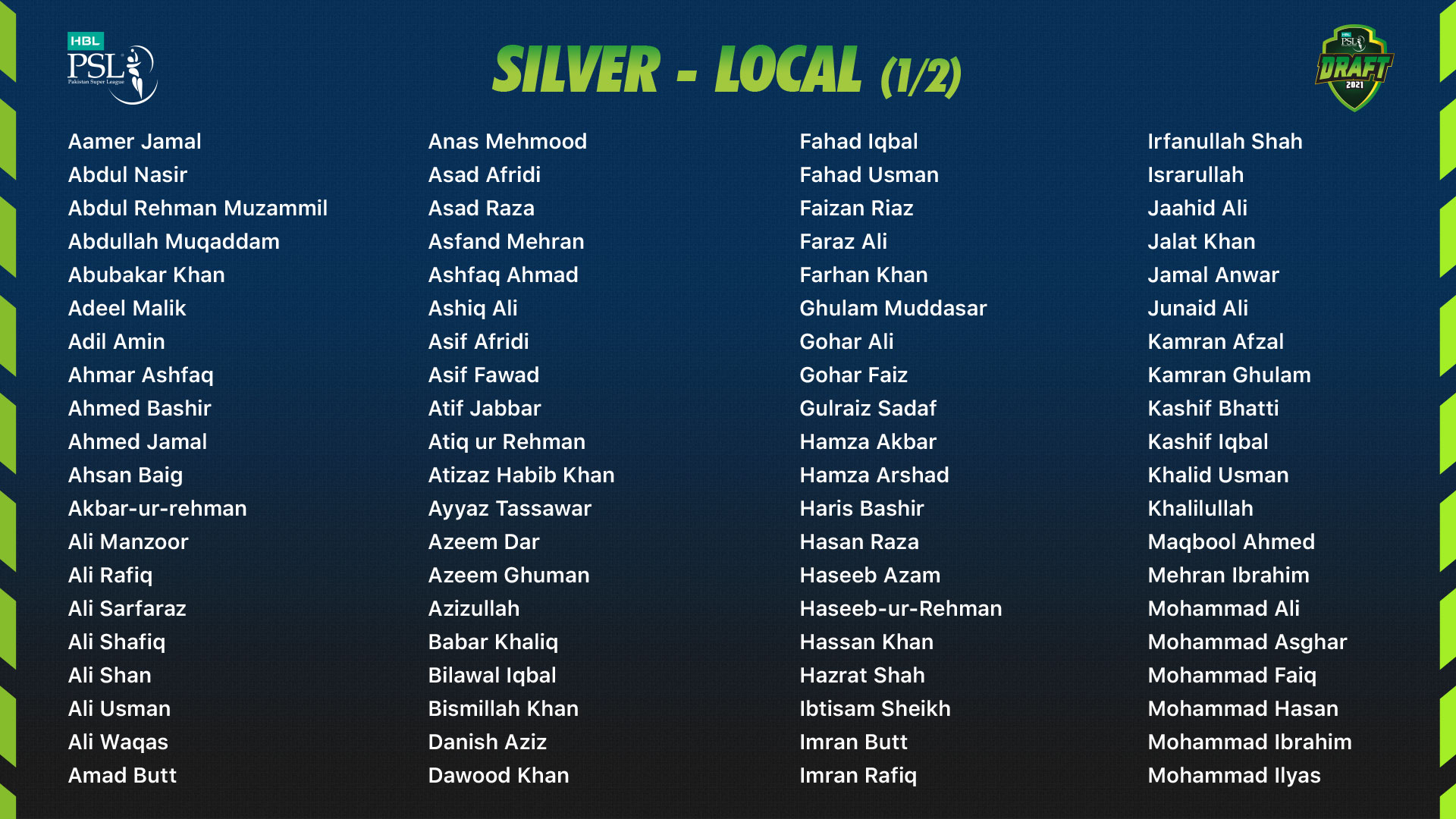 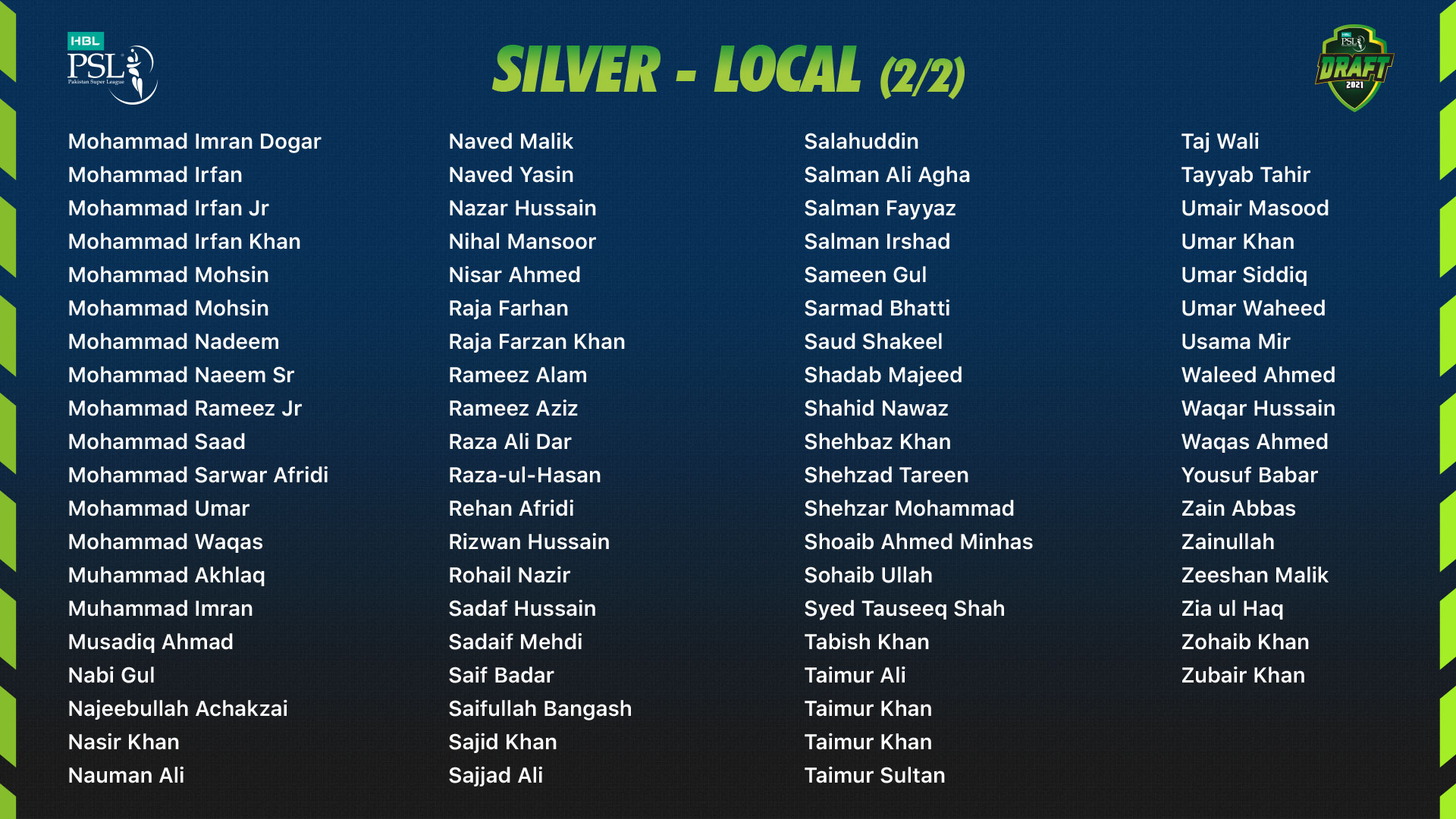 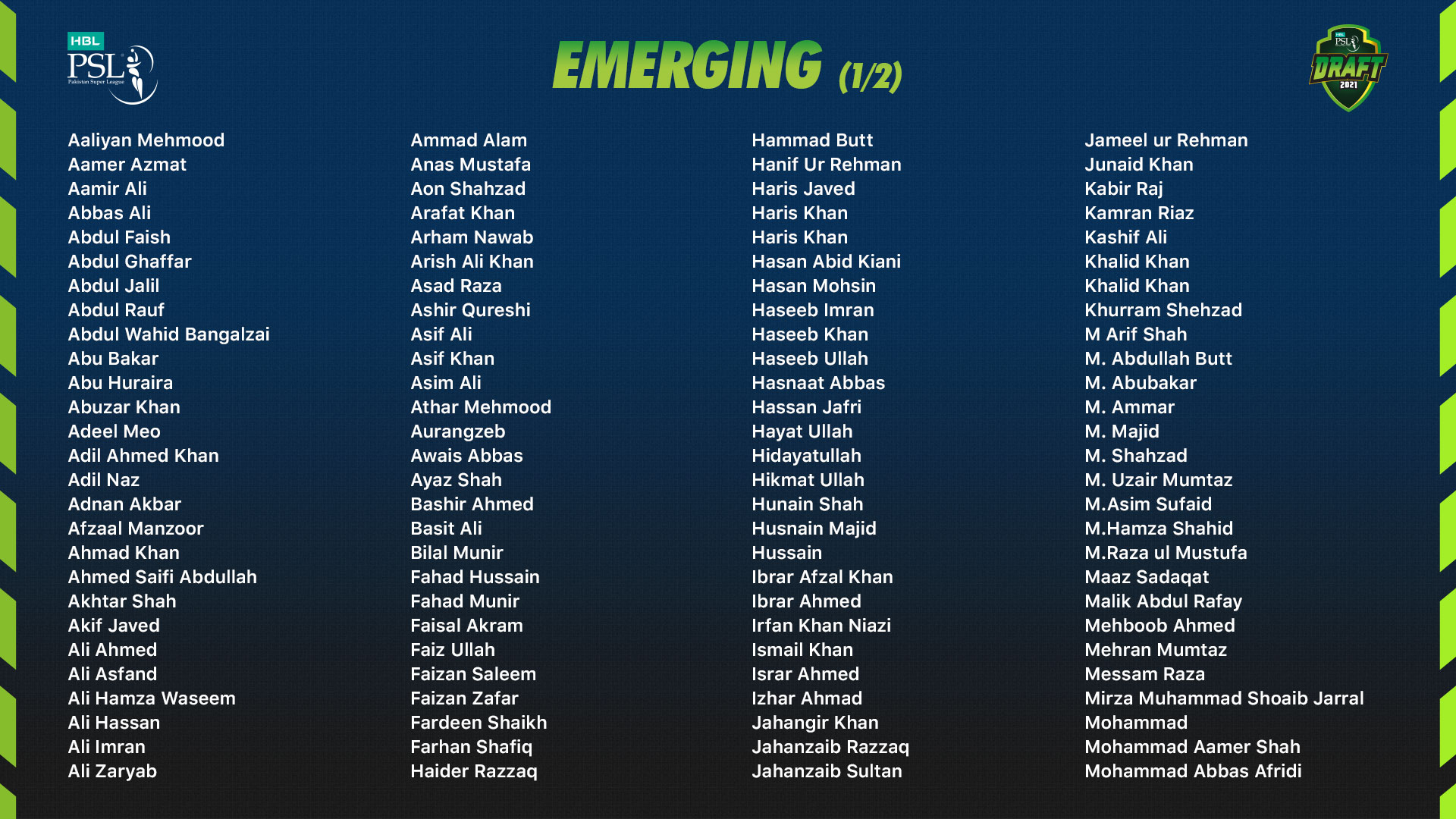 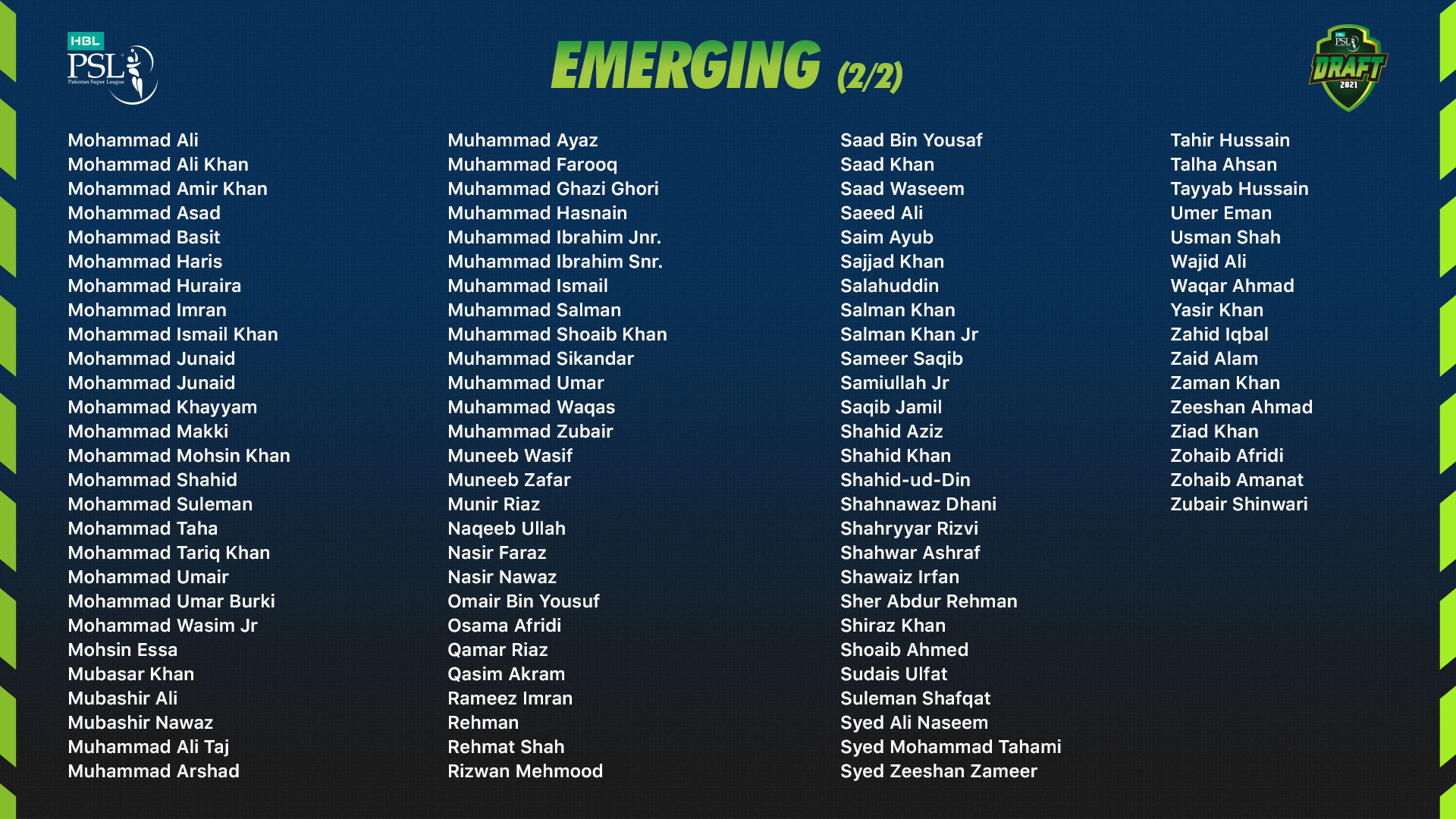