Lahore, 9 December 2019: Khyber Pakhtunkhwa U16 won the PCB-Pepsi U16 three-day tournament beating Northern U16 inside two days by an innings and 55 runs in the three-day final played at the Iqbal Stadium, Faisalabad on Monday.

Resuming their first innings at the overnight score of 191 for three, Khyber Pakhtunkhwa declared their innings at 292 for eight, a 179-run lead against Northern.

Abbas Ali who was unbeaten on 77 scored 101 off 158 balls. Mohammad Hasnain and Basit Ali took three wickets each for Northern.

Northern who scored 113 runs in the first innings had another poor outing with the bat second time around as they were bowled out for 124 in their second innings in 35 overs. Amir Hassan top-scored with 52 runs. Mohammad Umar took five wickets for 21 runs while Muhammad Irfan took four for 68 runs to hasten Northern’s downfall.

Khyber Pakhtunkhwa received Rs 300,000 for winning the tournament while Northern were given Rs 200,000.

Result: Khyber Pakhtunkhwa U16 win by an innings and 55 runs 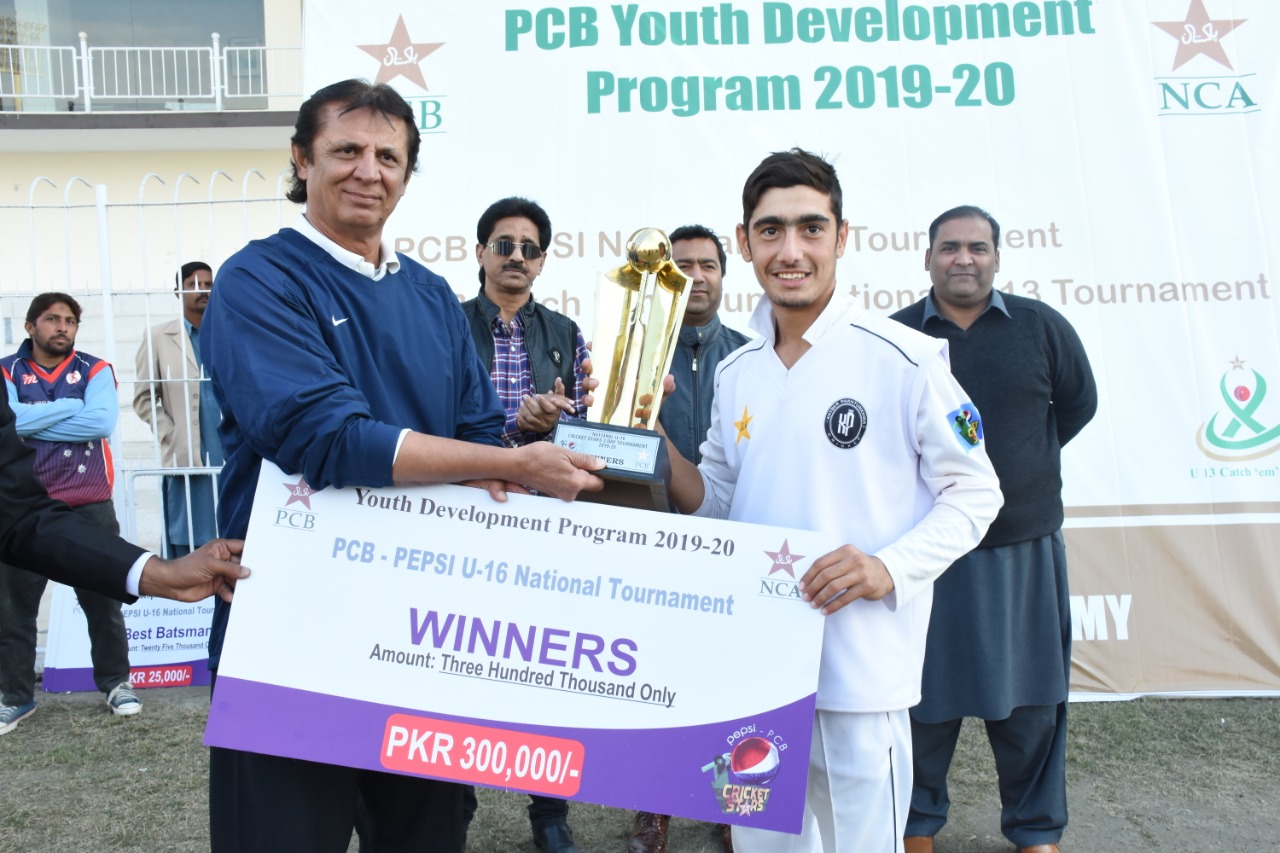