Karachi, 7 January 2021: Following the completion of first-class Quaid-e-Azam Trophy, which produced high-quality red-ball action, the focus has now shifted to white-ball cricket as the Pakistan Cup commences on 8 January.

Continuing its policy of providing easy access to fans to ball-by-ball live domestic cricket action, the Pakistan Cricket Board will broadcast 13 matches – 10 group and three knockouts from the State Bank Stadium.

PTV Sports will telecast these fixtures live in Pakistan, while the PCB’s YouTube channel will relay delayed stream all across the globe. When Pakistan men’s national team play South Africa in the first Test at Rawalpindi from 26 January, the action will move to PTV National.

The tournament carries nearly PKR10million in prize money as the PCB continues to incentive top-performers. The tournament winners will bag PKR5million, while the runners-up will pocket PKR2.5million.

The best performers of the tournament – Player of the Tournament, Best Batsman, Best Bowler and Best Wicketkeeper – will equally share PKR1million amongst them and PKR800,000 will be handed to 32 players who receive Man of the Match award in group matches and semi-finals. The Player of the Final will receive PKR35,000.

Meanwhile, the six head coaches have finalised their 16-player squads, in which opportunities have been provided to those young cricketers who have given impressive performances over the course of the 2020-21 domestic season. 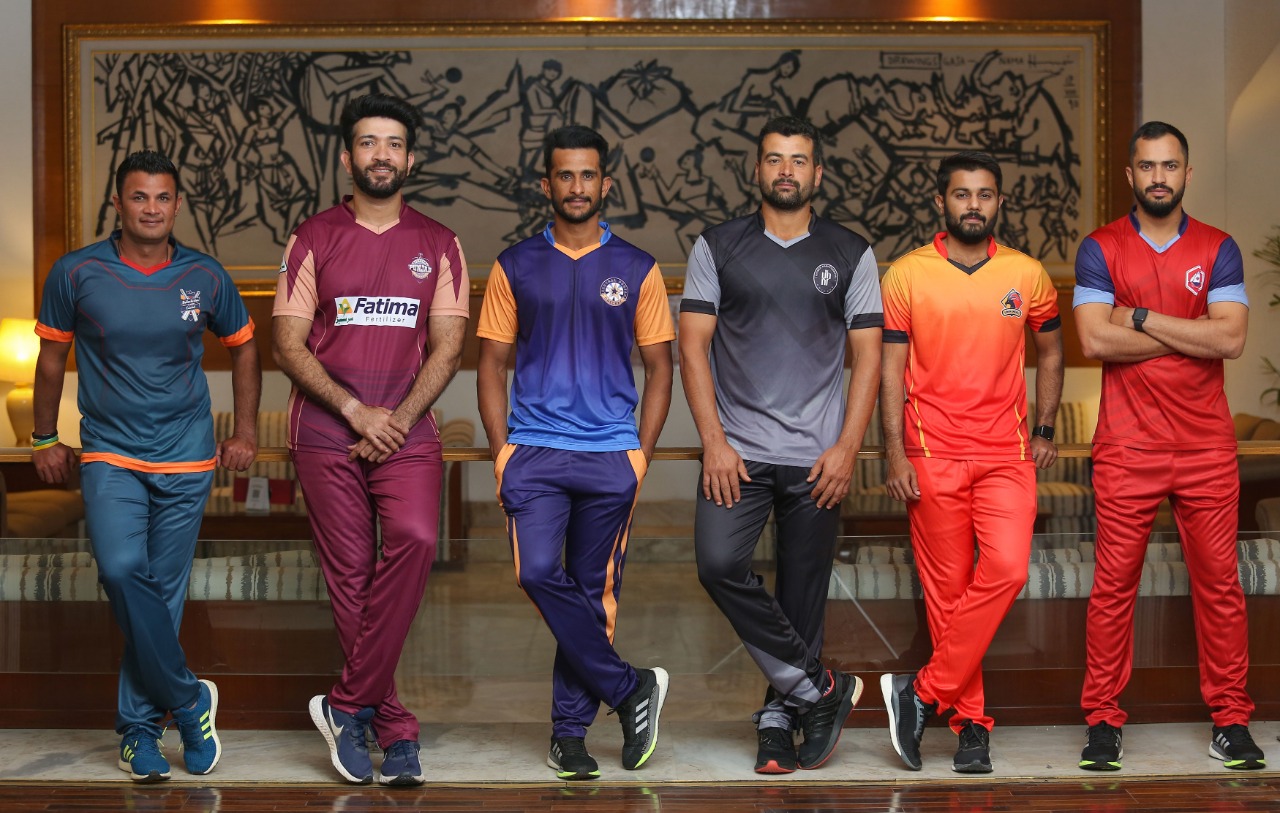 After helping his team stage an outstanding comeback in the Quaid-e-Azam Trophy, Hasan Ali will continue to lead Central Punjab, who shared the title with Khyber Pakhtunkhwa after the final ended in an epic tie. The squad consists all 11 players who played the final along with Ahmed Bashir, Bilal Asif, Rizwan Hussain, Sohaibullah and Tayyab Tahir.

Khalid Usman will remain at helm of the Khyber Pakhtunkhwa team and will have hard-hitting top-order batsman Fakhar Zaman, the leading run-scorer in the National T20 Cup, as his deputy. Head coach Abdul Razzaq has retained the in-form batsman Kamran Ghulam and Sajid Ali, the leading run-scorer and wicket-taker of the Quaid-e-Azam Trophy.

Balochistan will be led by veteran batsman Imran Farhat and he will have wicketkeeper-batsman Bismillah Khan as his vice-captain. Head coach Faisal Iqbal has put his faith in 18-year-old Quetta-born Abdul Wahid Bangalzai, a Pakistan U19 player, who has had an impressive 2020-21 domestic season. In his most recent outing for his Balochistan, Abdul Wahid was the fourth highest run-getter in the Pakistan Cup for Second XIs with 187 runs in five matches – including a half-century – at 37.40.

Mohammad Masroor, Northern’s interim head coach, has named all-rounder Mohammad Nawaz as the captain of his team. After enjoying resounding success with both bat and ball in the 2020-21 domestic season, which included a century on first-class debut and player of the tournament awards in both one-day and three-day U19 tournaments, Mubasir Khan is in line to make his List A debut as he was named one of the 16 players in the Northern squad.

After finishing the Quaid-e-Azam Trophy at the bottom, Sindh will be eager to stage a comeback. Head coach Basit Ali has named Saud Shakeel the captain of the side. Sixteen-year-old off-spinner Aaliyan Mehmood has been rewarded for his sensational returns in the one-day and three-day U19 tournaments. Aaliyan was the third best bowler in the both tournaments taking 24 wickets 15.67 in one-day and 20 scalps at 25.55 in three-day.

Middle-order batsman Sohaib Maqsood will lead Southern Punjab, the finalists of the National T20 Cup. Southern Punjab’s leading run-scorer in the Quaid-e-Azam Trophy, in which they finished third, Salman Ali Agha will be Sohaib’s deputy. Their fast bowling department got a shot in the arm following the addition of Aaron Summers, while they have included Mukhtar Ahmed and Waqar Hussain, the top two run-getters of the Pakistan Cup for Second XI teams, who played a vital role in Southern Punjab winning that tournament. 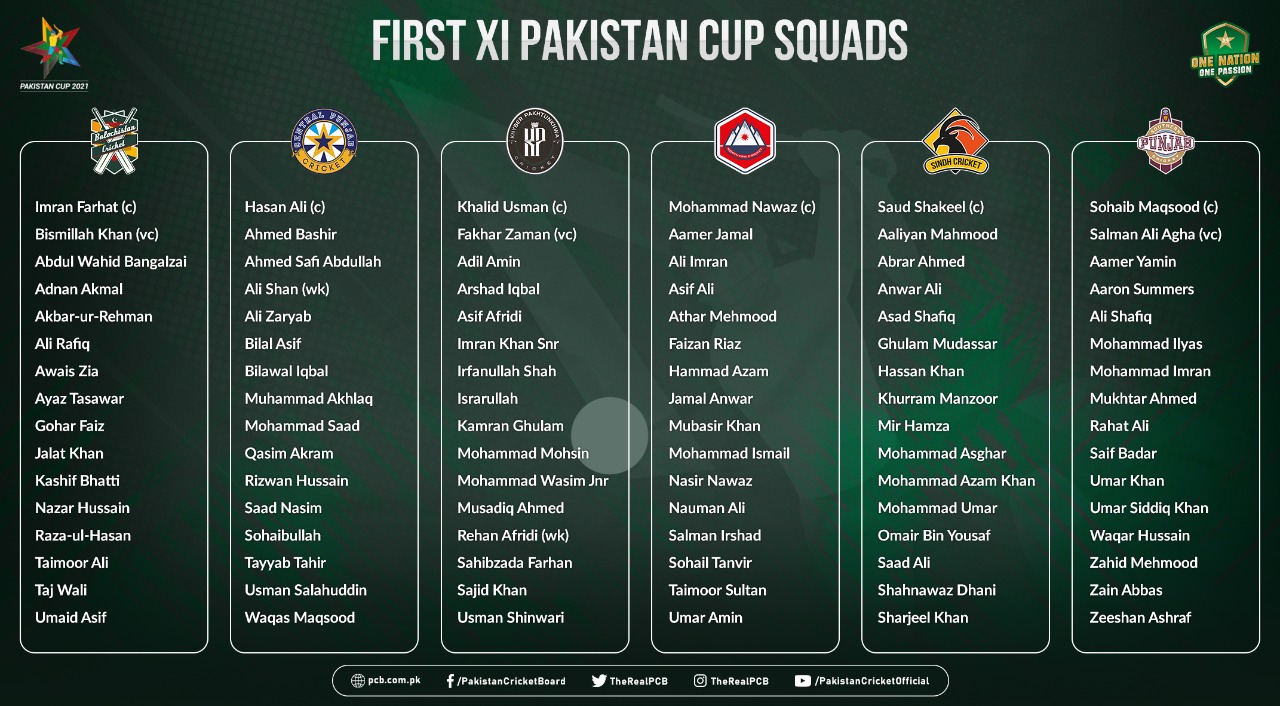 The respected members of the media will be able to attend the matches played at the State Bank Stadium only because of the limited space and resources in the aftermath of the ongoing pandemic and only one reporter from a media outlet will be accommodated to ensure health and safety and maximum representation of news organisations.

Camerapersons will not be allowed.

The PCB will provide daily round-ups, in both English and Urdu, and action photos for editorial use only.

Other important guidelines are as follows: