Lahore, 28 January 2020: Pakistan Cricket Board has rewarded batsman Saud Shakeel for leading Pakistan to 50-over ACC Emerging Teams Asia Cup 2019 title by naming him as captain for the one-off 50-over fixture against the Marylebone Cricket Club. The tour schedule will be announced in due course but the MCC team will visit Lahore from 13 to 19 February.

The 24-year-old Saud is one of the 11 players who have been retained from the side that defeated Bangladesh by 77 runs in the tournament final in Dhaka in November 2019. The other 10 are Akif Javed, Haider Ali, Hasan Mohsin, Imran Rafiq, Mohammad Mohsin, Omair Bin Yousuf, Rohail Nazir, Saif Badar, Sameen Gul and Umar Khan.

Zeeshan Malik is the only new face in the 12-player squad. The 23-year-old scored 780 runs in the just-concluded Quaid-e-Azam Trophy first-class tournament at an average of 52.

Amad Butt, Khushdil Shah and Mohammad Hasnain, who were also members of the side that won in Dhaka, were not considered as they have already graduated to the senior team set-up.

Nadeem Khan, coordinator – selection committee, said: “We have followed the policy of consistency and rewarding players for achieving success in Dhaka. There is only one change in the and that is of young Zeeshan Malik, who performed well in the Quaid-e-Azam Trophy, the last tournament of the 2019-20 domestic season to date.”

PCB Chief Executive Wasim Khan said: “I can’t emphasise enough on the importance of the MCC’s tour to Pakistan, which will be their first in 48 years. The fact that the MCC side will be led by their president and one of the most respected cricketers, Kumar Sangakkara, reflects how the world’s oldest and most influential clubs, who are also the Guardians of the Laws of Cricket, are viewing this tour.

“The MCC’s tour of Pakistan is part of our sincere efforts and endeavours to resume regular and normal international cricket activities. Sri Lanka played a full series, while Bangladesh have just completed white-ball matches and are scheduled to return for the two Tests and an ODI. Similarly, recent visits by Cricket Australia, England and Wales Cricket Board, Cricket Ireland and the International Cricket Council officials are a testament of our untiring efforts.”

Meanwhile, Northern coach Mohammad Wasim has also announced his 12-player side for the twenty20 match.

The side will be captained by Pakistan U19 captain Rohail Nazir and also includes Ali Imran, Haider Ali and Zaid Alam, who were members of the 15-player Northern side which defeated Balochistan by 52 runs in the final of the National T20 Cup.

Apart from the 50-over and 20-over matches against the PCB-selected sides, MCC will also play two 20-over matches against Lahore Qalandars and Multan Sultans. These matches will be part of the two teams’ warm-up matches ahead of the HBL Pakistan Super Leagues 2020. The remaining four franchisees will be in Karachi during this period and will play their practice matches in the metropolitan city where the tournament opener will be played on 20 February. 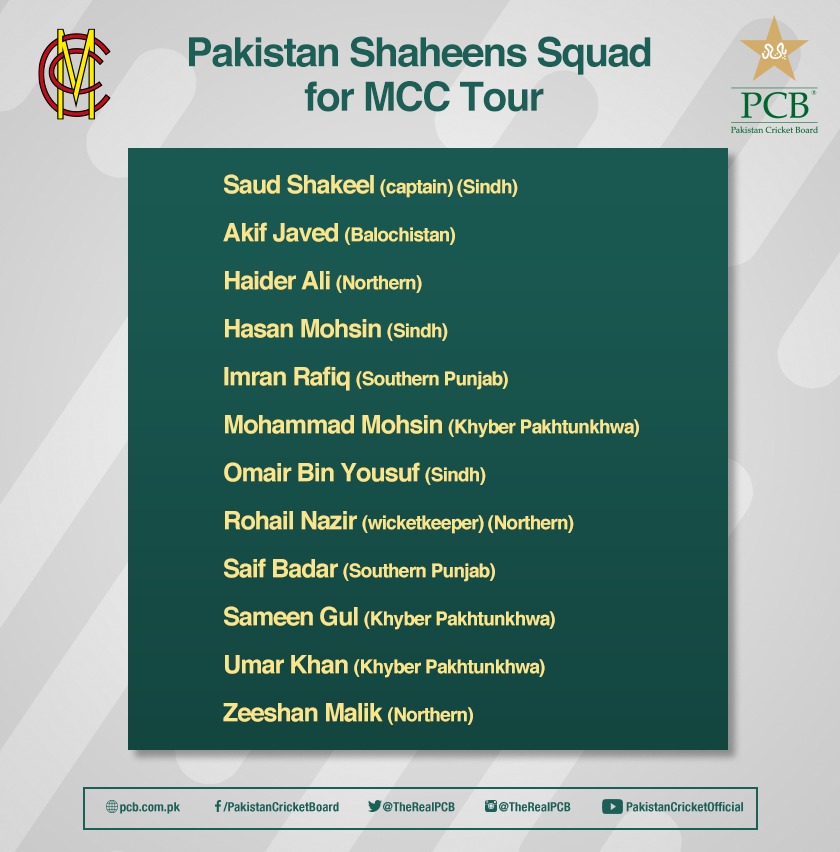 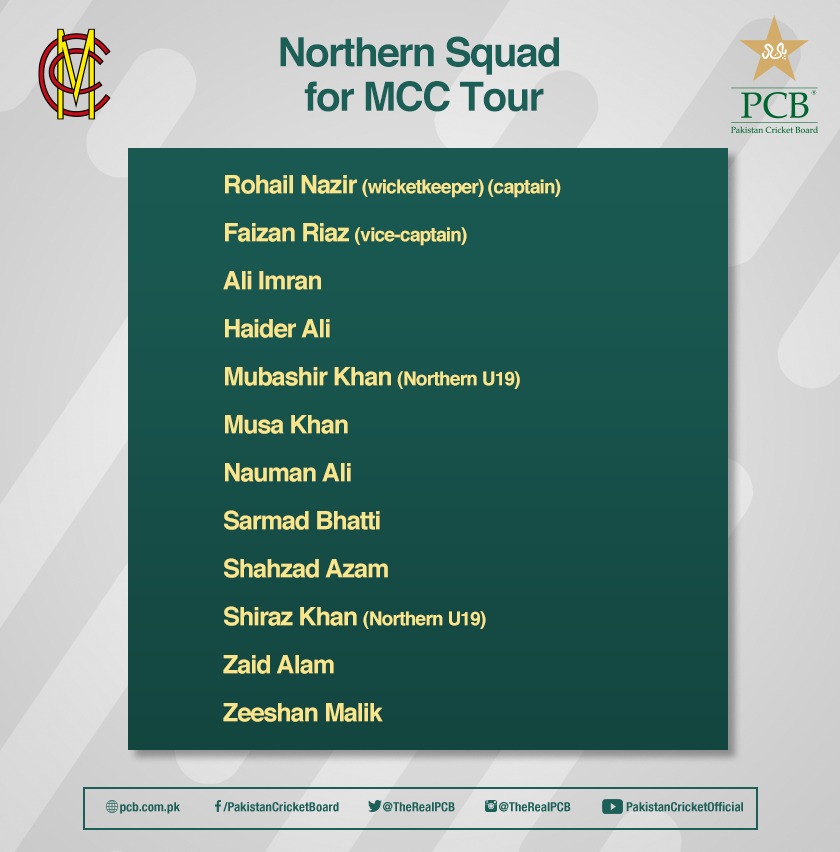